Vormsi, 45 minutes west of the mainland, is Estonia's fourth largest island. The name Vormsi (Swedish: Ormsö) is derived from the Icelandic Viking Orm ("snake"). Until 1944, the original inhabitants of Vormsi were coastal Swedes, and in 1938 the island had nearly 2600 inhabitants, but most of them left during World War II.

The main route runs along a dust-free paved road with an eastern and western circle of equal length. On this figure-eight route you can get to know the native villages of most coastal Swedes.

Start your trip from the harbour. The first destination is the restored coastal Swedish farm, where the Sviby Farm Museum is located – here you will see tastefully renovated thatched buildings, photo exhibitions and consumer goods.

From Sviby head to the eastern circle, where the villages are better preserved and you will encounter typical Vormsi houses with glass balconies. Rälby is a historic village with a unique road network. There, you will also find the Vormsi windmill.
At the intersection of the eastern and western circles, you will see most important attraction of the island, St. Olav's Church, built in the 14th century. The Vormsi cemetery is right next to the churchyard with the largest collection of circular crosses in the world (nearly 340 circular crosses).

Continuing your ride along the Western Circle, you have several alternatives on this part of the route that offer even closer contact with nature. For example, the Saxby lighthouse is located in the far corner of the island. The lighthouse was built in 1864 and it was the first cast-iron Gordon system lighthouse in Estonia. The Huitberg limestone group in the forest between Suuremõisa and Fällarna is a 400-year-old coral reef polished smooth by ice.

When you return to the centre of the island, you will find Lake Prästvike with a diverse range of bird species and numerous springs opening up in its northern part. From there ride on to the narrow Rumpo peninsula. Rumpo is a seaside village with very well preserved architecture. The tip of the cape is a vegetation protection area and a nesting and migration stop for birds.

With this route, you can have a quick tour of the island, but you should definitely adventure on the alternative hiking trails as well. There is a lot to discover on this unique island!

The main circles are almost entirely paved. On the alternative paths you may experience very different terrain, grassy paths and wet areas (depending on the weather).

We recommend starting the trip right from the port or from your place of accommodation. 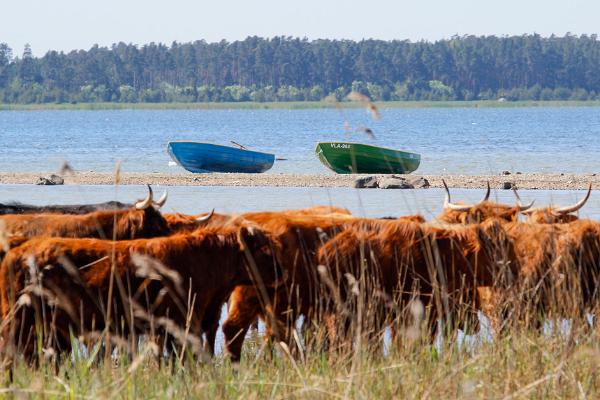 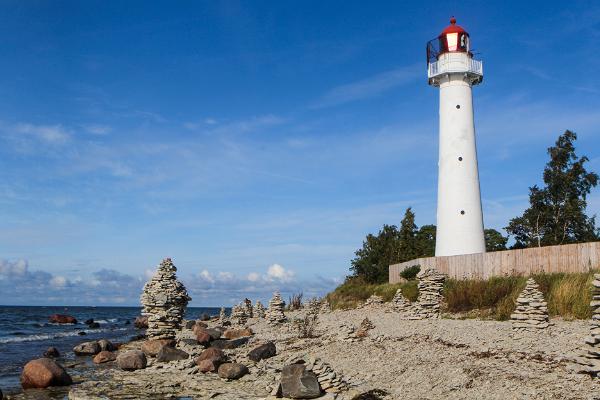 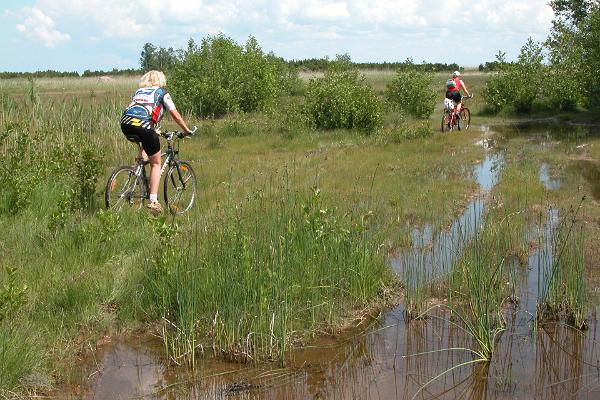 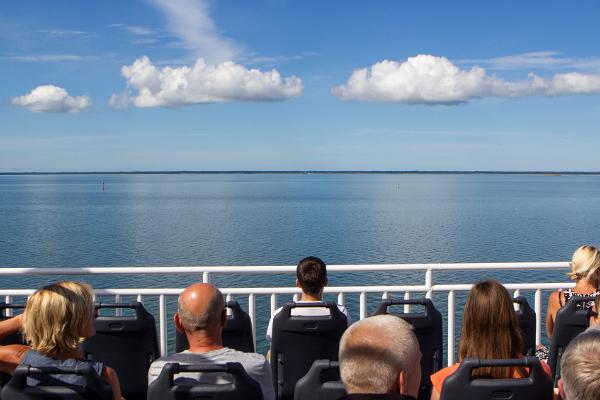 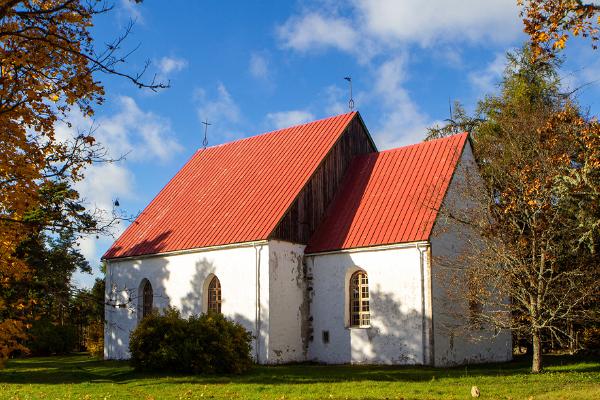 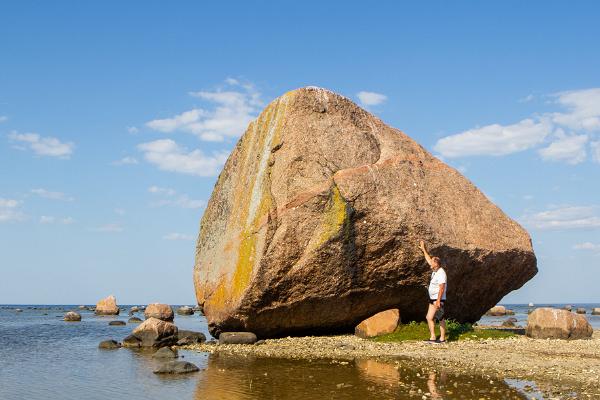 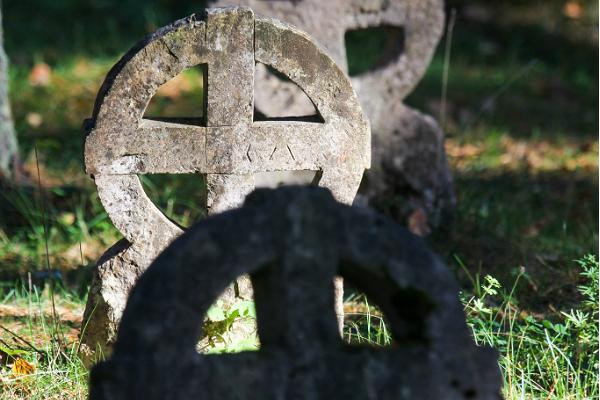 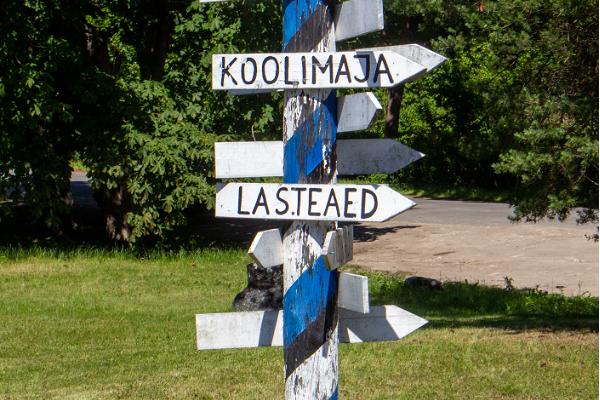 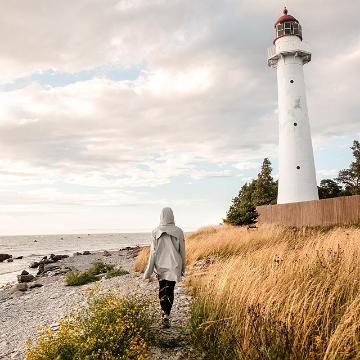