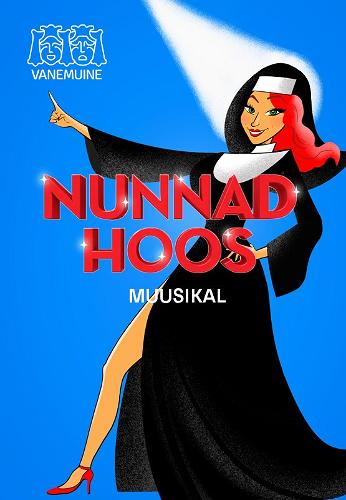 Sister Act is a musical comedy based on the hit movie from 1992, set to music by eight-time Oscar winner Alan Menken. The feel-good musical was nominated for five Tony awards, including best musical. When disco diva Deloris Van Cartier finds herself a witness to a murder, she is placed in witness protection in the most secure sanctuary of all – a convent! Of course, the would-be nun’s views clash with the rigid lifestyle and the abbess. But Deloris inspires the church choir with her vocal talents and breathes new life into the community but in doing so, she blows her cover. Soon her pursuers are on to her again!
Premieres on 28 November 2020 in the Grand Building of the Vanemuine.
Performed in: Estonian
Surtitles on big screen: English, Finnish