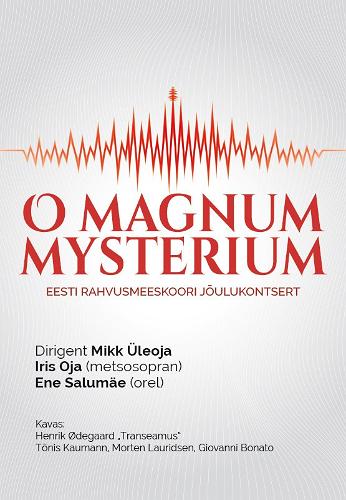 The National Male Choir has repeatedly performed works by Norwegian composer Henrik Ødegaard at its concerts both in Estonia and elsewhere. In 2016, the Choir and Ødegaard in collaboration released Ødegaard's album "Te lucis ante terminum" (Aurora). The main work of the concert, the 27-minute "Transeamus", is inspired by Gregorian chant and written on a biblical text.