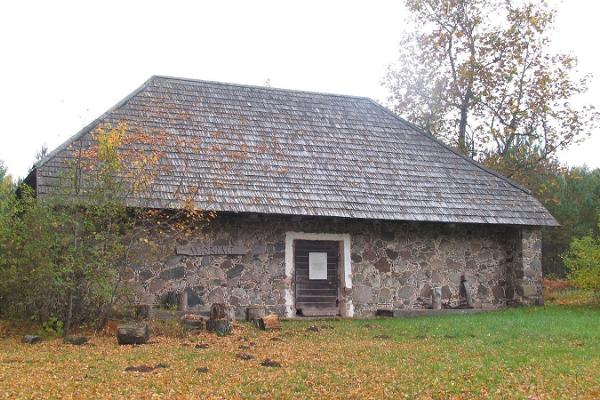 The communal granary in Nursi Village by the Võru-Valga road was built in the second half of the 19th century.

Building of communal granaries started in Estonia already during the second half of the18th century. The required grain reserve was kept there and peasants could borrow grain for food or sowing.

As this is the place of summer spare-time activities in Rõuge Rural Municipality, the Nursi communal granary is also known as Midriait.

You can see the unplastered quarrystone building  with a hipped roof from the outside.

Take the Võru-Valga road to Nursi Village, pass the shop and then you'll see a signpost pointing to Rõuge. Turn towards Rõuge and the communal granary is on the right, with a village swing in the yard. At the moment it can be only seen from the outside.