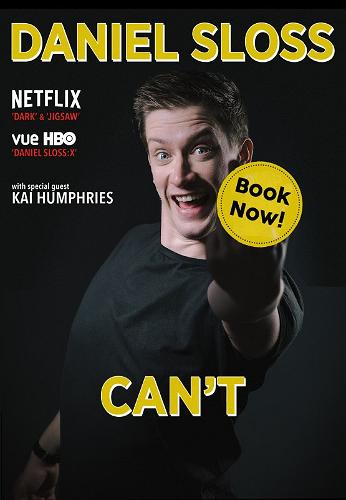 "Can't" is the all-new, 12th solo show by Scotland’s international comedy superstar and we are delighted to welcome Daniel back to Estonia.

* Guest may be subject to change

Please be advised that the performance begins promptly at the time indicated and late admittance is not guaranteed. It is a condition of entry that ticket holders agree to not photograph, film, record or stream the show. Contains strong language. Age 16+