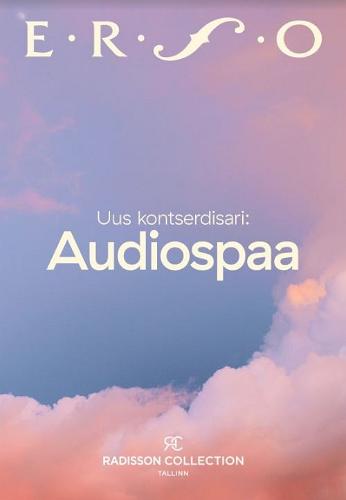 The concert series, which will take place on the initiative of Olso Elts, the chief conductor of ERSO, awaits the audience in the concert hall at a later time than usual.
The opening concert of the series "Melting into One" combines the ocean theme as a metaphor. Music by two American composers, namesake and peer. John Adams (b. 1947), one of America's most popular contemporary composers, wrote The Dharma at Big Sur for electric violin and symphony orchestra at the opening of the Walt Disney Concert Hall in Los Angeles in 2003. Big Sur is a beautiful and rugged rocky coastline between Santa Cruz and Santa Barbara, California. According to him, the composer wanted to express in the work the moment, the so-called recognition shock, when the land mass of the mainland is reached. The work is written for American violinist and composer Tracy Silverman, who is dedicated to redefining the violin playing in contemporary music and developing a six-language electric violin. John Luther Adams (b. 1953) has been named by The New Yorker as one of the most original musical thinkers of the new century. His music is inspired by nature, especially the landscapes of his long-lived Alaska. "Become Ocean" performed by ERSO won the Pulitzer Prize for Music in 2014.
The concert "Nocturanus" focuses on the galaxy and the theme of night and day, the alternation of darkness and light. The performance will feature the younger Lithuanian composer, Justė Janulytė's “Lengthening Nights” focused on monochrome music, and Tõnu Kõrvits' “Nocturanus” for gongs, strings and electronics, entitled A combination of the words nokturn or night song and Uranus.
On Wolverine night, the audience will be insane with numerous works inspired by the theme of Walpurg's Night, and the series will end with Arvo Pärt's fourth symphony, entitled "Los Angeles", conducted by Neeme Järvi. Sharon Bezaly has been appointed flute-Paganini in front of the orchestra as a soloist.