Not all news are grim during the pause in travelling!

Many hotels and attractions around Estonia are seizing the opportunity to begin construction or complete renovations. The summer capital of Estonia – Pärnu – has revamped its beach promenade to include new cafes, restaurants, cocktail bars and family areas. The promenade, located along the town's famous white sand beach, is a beloved summer holiday hangout for Estonians and international visitors alike thanks to warm waters and playful vibes.
Up the western coast in cosy seaside town Haapsalu, Villa Friedheim, boasting six suites, just opened. The project was being kept under wraps, so the anticipation to see the unveiling result was mounting and may we say - it's elegant! The cafe offers also delicious cooking and mouthwatering cakes!
Speaking of elegance - also Keila-Joa Schlossfall manor house has opened the doors of a lovely side house with 14 gorgeous rooms. Enjoy the area with a park and waterfall and step back in time in style.

In the capital, Tallinn Harbour has developed a fresh Cruise Terminal, complete with geometrical promenade and chilling area high above the sea level, looking onto cruiseliners, along with a restaurant Ocean 11 (also a tip for event organisers!) and a new terminal building for the cruise passengers. A new angle to look at the city skyline again!

If you didn't have enough reason to visit hilly and tranquil central Estonia, then the manor house opening this July near Viljandi will be worth a visit. The manor, Schloss Fellin, will feature 18 rooms, a restaurant and a wellness area. Between these new openings and the recent opening of Park Hotel Viljandi, there are more and more reasons to linger in central Estonia for a while.
To top it all off, some of Tallinn's best-known hotels are emerging from thorough renovations including Radisson Blu (turning into Radisson Collection, 2022), Nordic Hotel Forum (opened its doors with brand new look in July 2021), and Tallink City (opened June 2021).
Several established hotel chains have also confirmed development plans in Estonia. Radisson Red will debut in Tallinn's bustling Telliskivi creative district in 2023, Hyatt Place will launch a property with 168 rooms, and there are whispers that Hampton by Hilton will open in the coming years in the central Tartu maantee area – a busy street connecting the airport to the Old Town (just opposite the Central Market, which will get its own cool revamp soon, too). The Baltics' first Novotel Living will also open 124 studio apartments in Tallinn's up-and-coming harbour area, near a newly renovated ferry terminal. However, there are even more whispers about other hotel  development projects - we stay tuned! 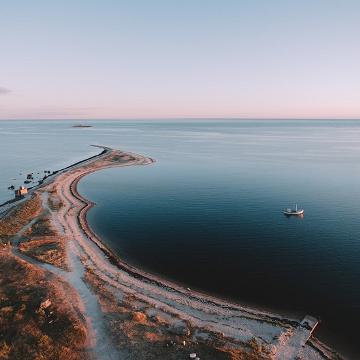