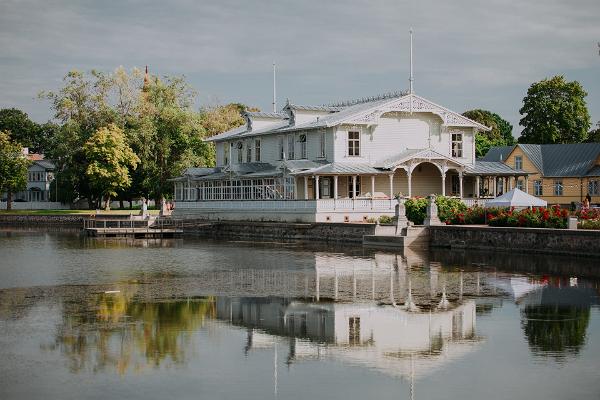 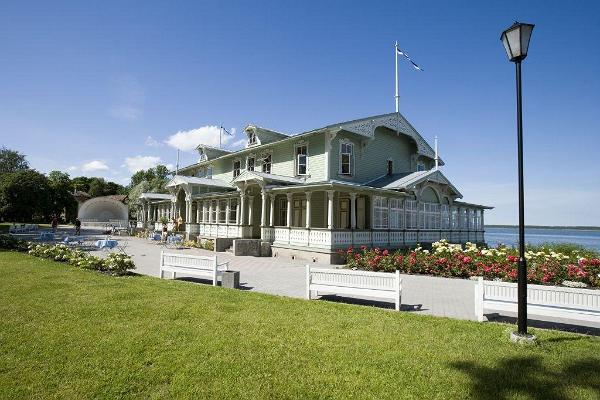 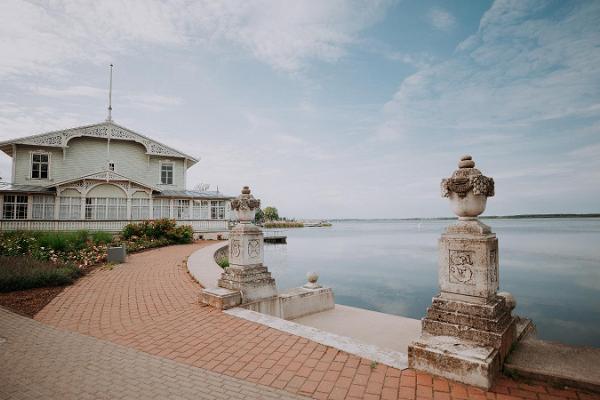 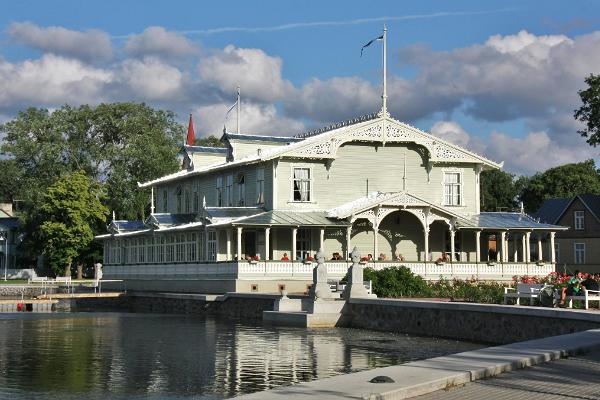 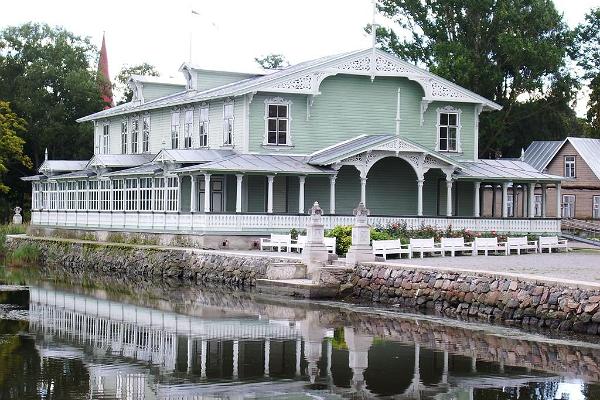 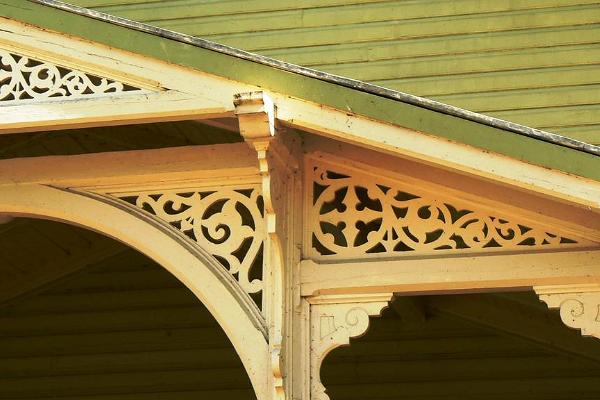 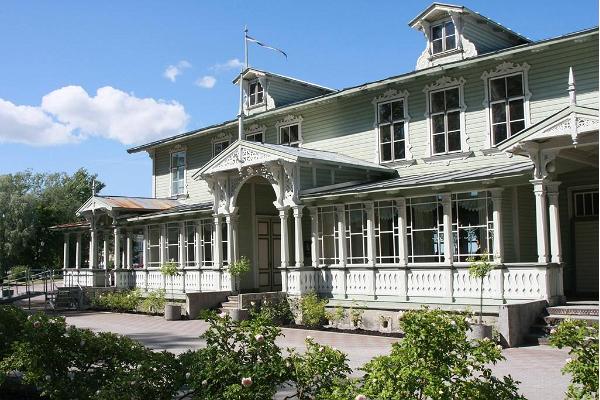 The timber-laced Kuursaal resort hall and the bandstand on the seaside Promenade were built at the end of the 19th century and are the only ones of the kind that have survived in their original shape. In the first half of the 20th century as well as today, the resort hall was the centre of summer activities in Haapsalu.
Interesting to know: in 1898, the house was practically in water; later, the small coves of the bay on both sides of the building were filled and the embankment got its present shape. The resort hall with the bandstand was the favourite place of the Russian Emperor’s court and the aristocracy from St. Petersburg. During the Soviet time, the resort hall was used as a storehouse.
National Register of Cultural Monuments

Kuursaal is located on the Haapsalu Promenade. Following the tourist signposts ’Promenaad’ and ’Kuursaal’, you will reach the waterfront walking path, where the resort hall is located. 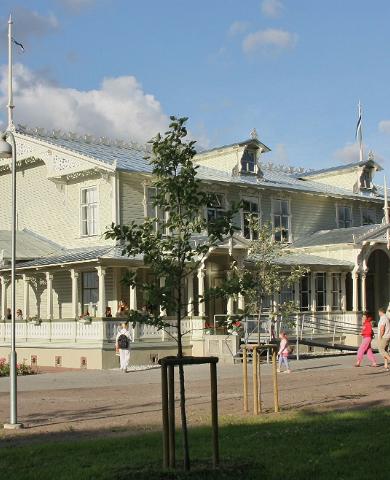 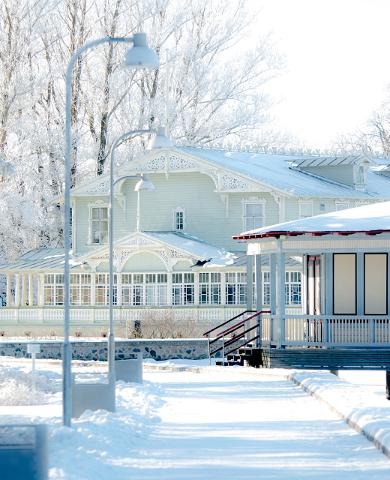