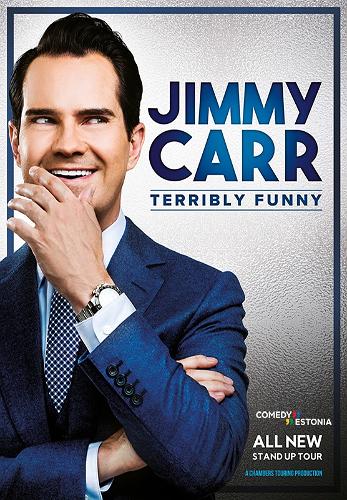 Jimmy’s previous ‘Best Of’ tour initially launched with 100 shows and went on to be seen by more than half a million people across 460 shows globally.

Terrible Funny contains jokes about all kinds of terrible things. Terrible things that might have affected you or people you know and love. But they’re just jokes - they are not the terrible things. Jokes are little lies. Nothing more than wonderful, funny, joyful tricks, constructed from language.

Jimmy will be telling jokes to an adult paying audience who’ve got a good idea what’s in store. And there’s no point to the show, save for to make the audience laugh. Having political correctness at a comedy show is like having health and safety at a rodeo. Now you’ve been warned, buy a ticket.

The show is presented entirely in English