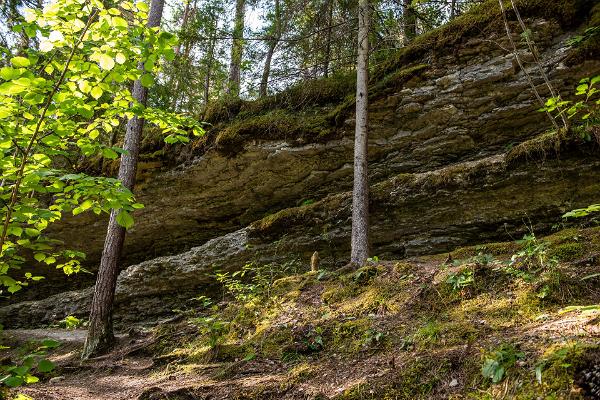 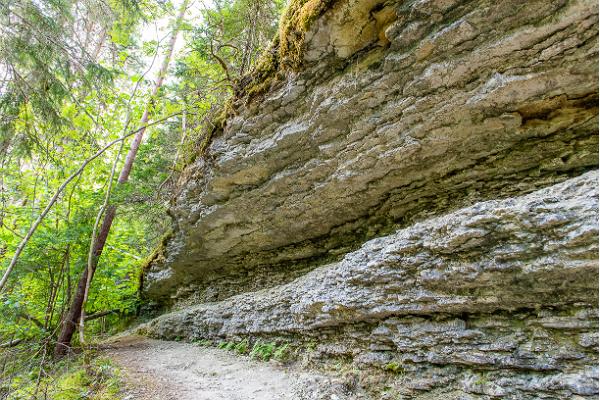 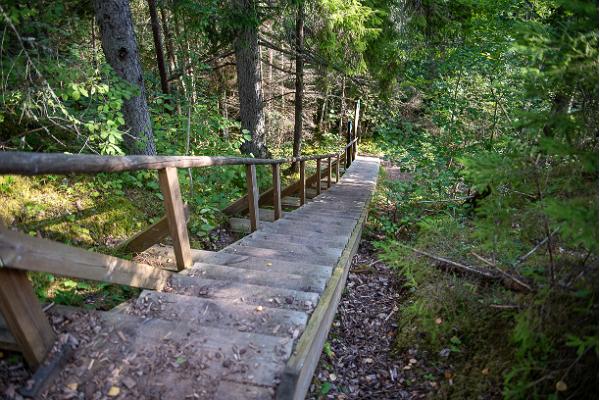 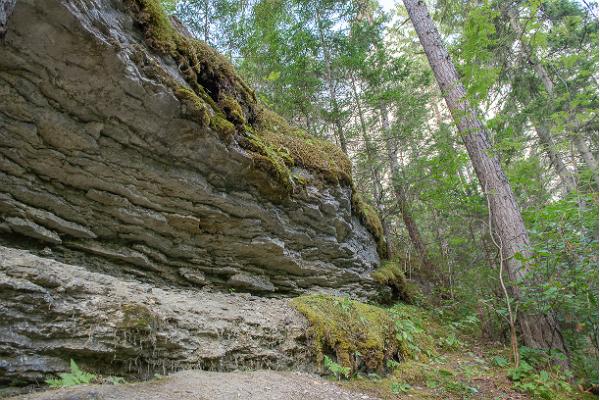 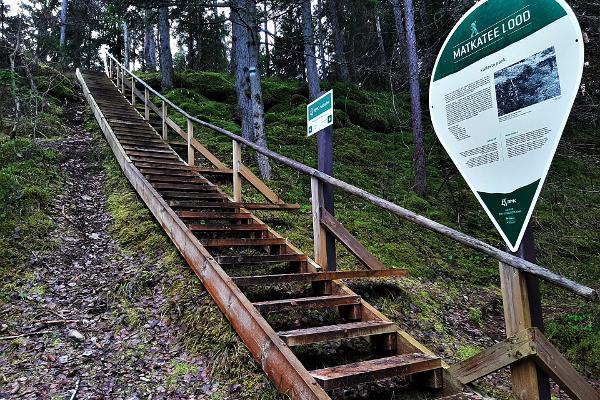 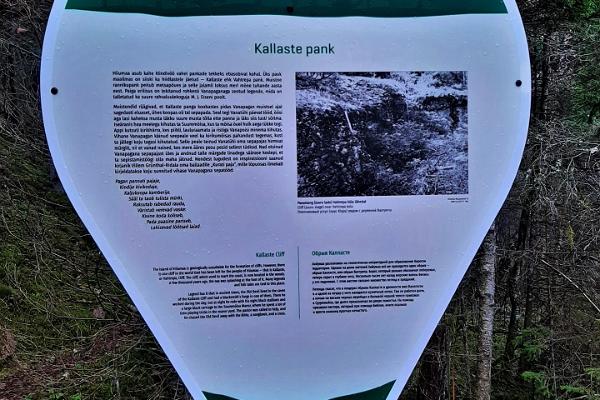 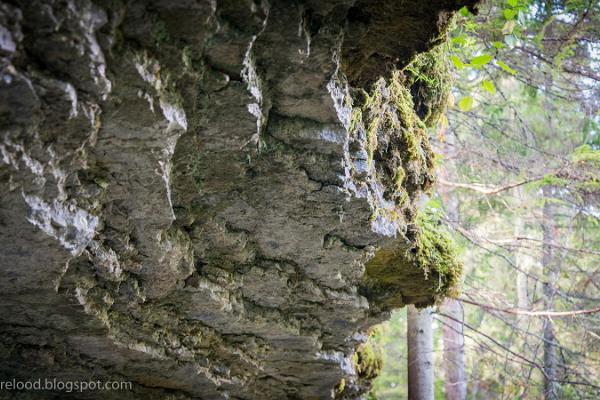 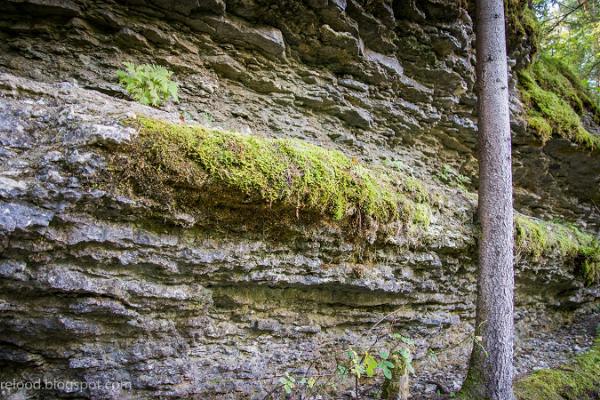 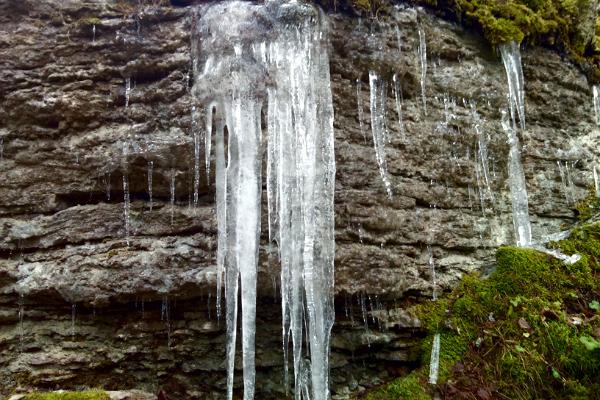 Kallaste cliff is a limestone outcrop, about 400 metres long and up to 10 metres tall.
There is an old pine forest on the cliff, through which you can walk along the terrace. In the southern part of the cliff, there is a biohermal reef, formed from coral and other marine invertebrates. It is one of the most representative of its kind in Estonia. Several rare species of fern and flowering plants grow in the cliff's fissures.
According to legend, Vanapagan used to make weapons inside the Kallaste cliff for the locals during the ancient war for freedom.

The parking lot, which can accommodate two buses and seven cars, has an information stand. You can walk to the cliff along a road (300 m) covered in bark mulch.