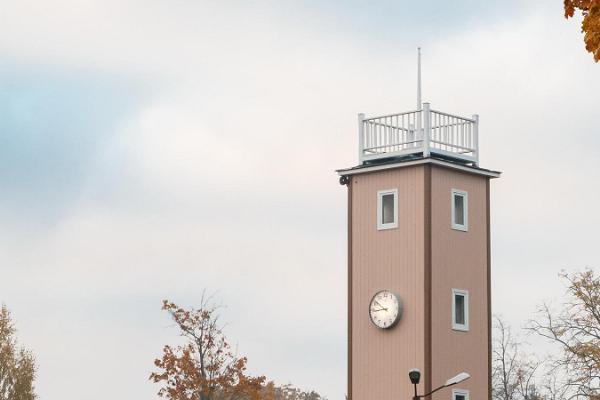 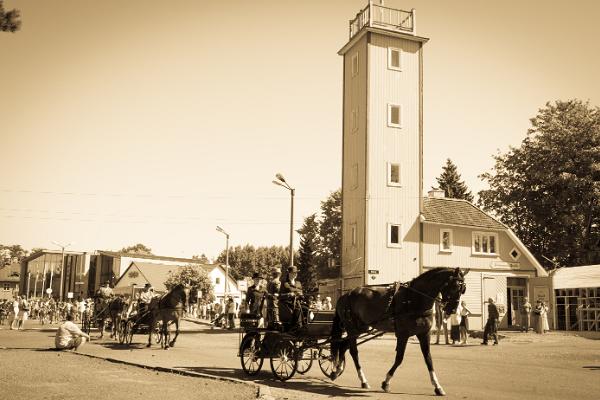 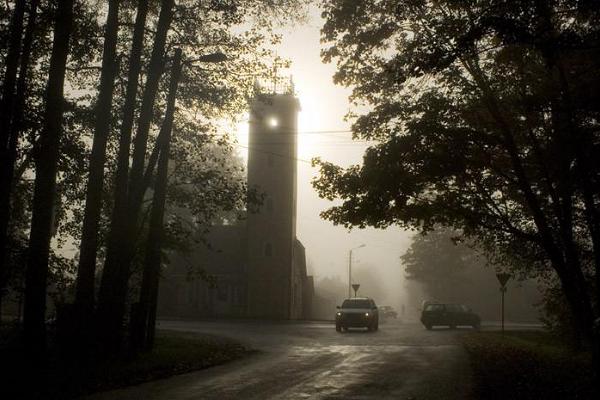 Kärdla Fire and Rescue Society was established in the middle of the 19th century by the management of the broadcloth factory and it was based at the factory. The construction of the fire station began in 1928. The poor economic situation of the beginning of 1930s dragged out the construction and the fire station was finished (with weatherboarding and exterior paint) only in 1937. The newly completed wooden building had 3 rooms and a tower for drying hoses. By today, a mansard has been added.