The Hill of Crosses is an area on the highway covered with crosses, the development of which is related to the expulsion of the Reigi Swedes in August 1781. Tsarina Catherin II signed an order that allowed the Swedes to resettle in South-Ukraine. On August 20, 1781, the emigrants gathered on the Hill of Crosses and conducted their last church service. Thus they said farewell to the place that been home to the Swedes for at least 400 to 500 years. Initially, the people who were leaving the island came to the Hill of Crosses to make their crosses. Today, things are backwards – crosses are made by those who come to the island for the first time. 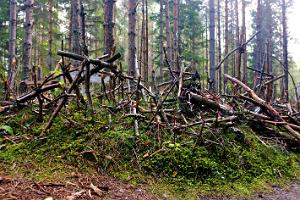 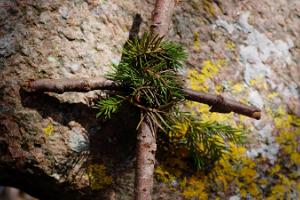