Meteorite craters are rare around the world. In Ilumetsa in Võru County, however, there is a group of craters formed from meteorite impacts which the locals call 'Hell’s Grave', 'Deep Grave', 'The Devil’s Grave', and 'Ghost’s Grave' (the latter three of which are overgrown and not marked).
The biggest of the craters, which was formed around 6,600 years ago, is 'Hell’s Grave'; it is up to 80 metres in diameter at its widest point, and 12.5 metres deep. The floor of the crater is covered in a 2.5 metre layer of peat. Hikers can find their way to the crater along a well-maintained boardwalk, passing intriguing wooden sculptures as they go. There is a forest hut with information boards at the mid-point of the trail. 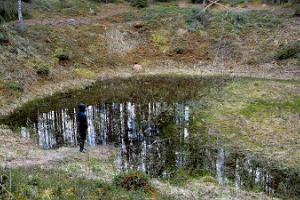 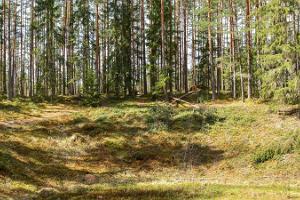 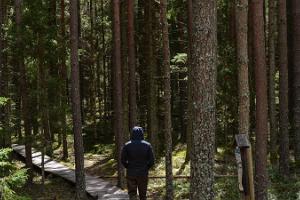 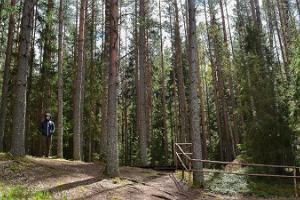 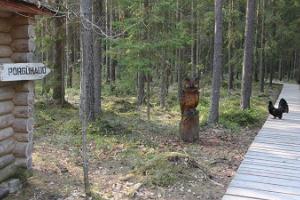