The approximate time of the Kaali meteorite fall is 7500-7600 years ago.
The meteorite fall caused big damages on already inhabited Saaremaa and has been compared to the explosion of the atomic bomb. At the height of 5-10 km from the ground, the meteorite fell apart and came down in pieces. The biggest piece created a big crater with a diameter of 110 m and a depth of 22 m, and 8 smaller craters.

Around the beginning of the Common Era, a massive stone wall was built around Lake Kaali. The many findings of the bones of domestic animals give a reason to believe that it used to be a sacrificial site.

Interesting to know: the Kaali crater is in 8th place among the world's youngest giant craters. The Kaali field of meteorite craters in Saaremaa is the rarest nature wonder in Estonia and of the most spectacular crater fields in Eurasia. 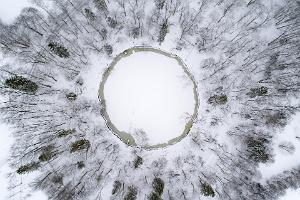 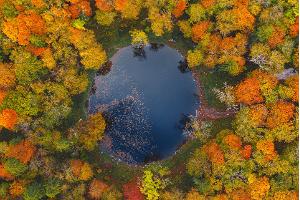 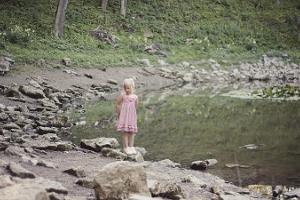 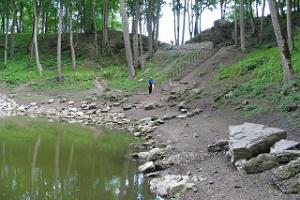 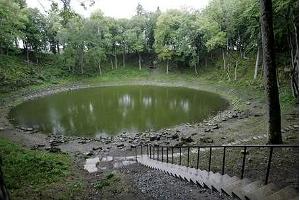