There are fenced burial mounds near Kõmsi's Orthodox church that are more than 2500 years old. One of the mounds was left open after its unearthing and the other has been reconstructed. The open mound consists of nearly two-dozen fenced graves; the oldest are in the middle of the mound and are very big. Originally the dead were buried without cremation; later they were also buried after cremation. The mound was abandoned at the latest by the time of the change in the system of chronology. The Kõmsi mounds have proven rich in findings – the most valuable being jewellery originating from the headwaters of Volga-Oka. There is also the area of 11th-13th century creamtion funerals, and traces of ancient fields have been preserved over a large area. 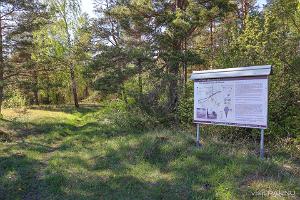 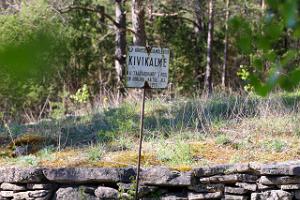