Tall Hermann is the defensive tower standing at the southwestern corner of Toompea Castle in Tallinn. It is thought to have been built in 1371. It obtained its current height (45.6 m) and shape in the late 15th century.

A narrow stone staircase of 215 steps leads to the top of the tower.

At the top of the tower, 95 metres above sea level, flies the flag that symbolises the ruling power in Estonia. The blue, black, and white of the national flag were first seen here on 12 December 1918 and after years of Soviet occupation, again on 24 February 1989.

Good to know: The flag is raised at sunrise and lowered at sunset, except on Victory Day and Midsummer Day on June 23–24. 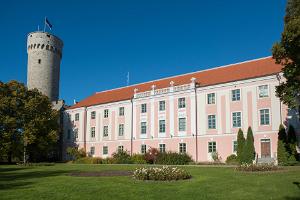 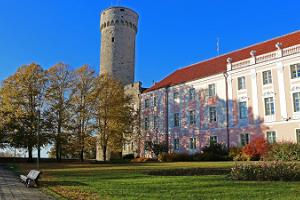 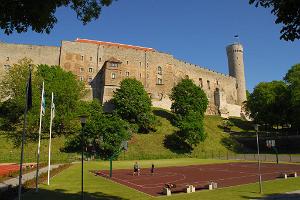 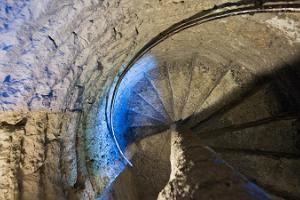 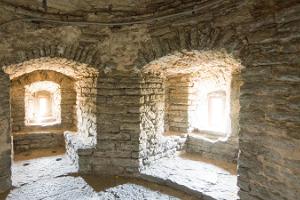 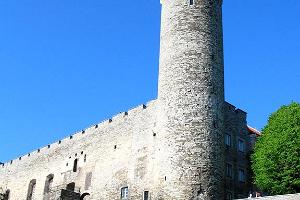