This bridge, which crosses the Vigala River, was built in place of the former wooden bridge in the late 19th century. A reinforced concrete structure was superimposed on the old bridge in 2009, and pedestrian bridges were added on either side.

Did you know…?
* The renovated bridge is the only one of its kind in the country;
* The stone bridge is on the coat of arms of Rapla municipality;
* A café operates under the bridge on Rapla Day where the dress code is galoshes;
* River rallies have been held on the river under the bridge, and performances have been given on top of it;

Mermaids have even been spotted in the river! Bring a sandwich, come and park yourself by the river and enjoy some time to yourself! You might not spy any mermaids, but you’re sure to see some ducks! 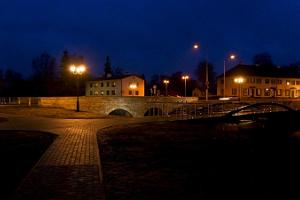 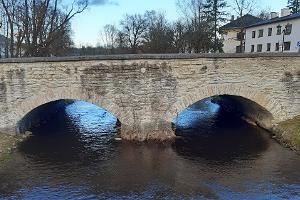 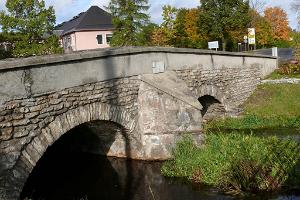