In 2008, two wrecks of ancient ships were discovered in the ground in Salme rural municipality which changed the course of naval history. This is the oldest ship wreck found in Estonia that dates back to the 8th century. The ship was discovered with the skeletal remains of seven people, two swords, a couple of spear heads, about ten knives, gaming pieces and some dice.

According to archaeologists, this find is unique in the entire Europe because never before has anyone discovered a so-called warrior burial dating from that period and containing so many fallen warriors.

The ancient ships were covered with soil after research was completed. Today, a row of concrete benches indicating the size of the ships and an information board stand at the site. 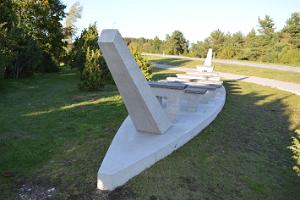 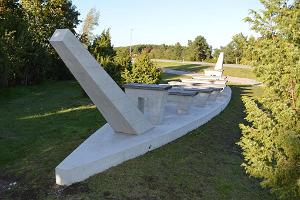