The church was built in the 1300s and is one of the oldest stone churches in Viljandi County. After the Livonian War, the church was in ruins for a long time. In the Northern War, the church also suffered from fires and was re-built with a wooden ceiling as late as 1767.
At the end of the 19th century, the building was decorated in pseudo-gothic style. The altar wall was built by J. G. Mühlenhausen.
The author of the altar painting (1887) is unknown.
The casing of the organ was built in 1804 by J. A. Stein and it survived the transformation of the organ by the Kriisa brothers in 1937. The wheel-cross by Anne Ratccsep (1598) is also located in the church.
Next to the altar is a marble memorial to General H. H. von Fersen. 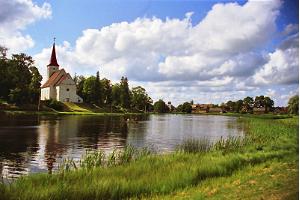 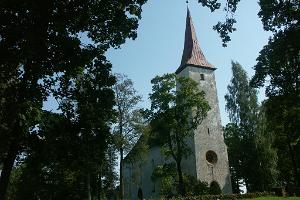 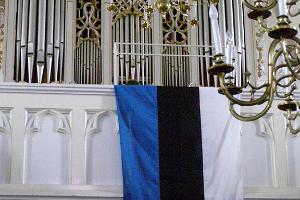