The oldest sections of Tallinn's city wall were built in the 13th century. During the next three centuries, it became one of the largest and strongest defence systems in entire Northern Europe.

More than half of the magnificent defence system has been preserved as a city wall - this includes 1.85 km of the wall, 26 defence towers, 2 gates and fragments of two front gates.
Patkuli viewing platform is a good place for examining the city wall, and a number of towers are open for visitors.
You have a chance to walk on a small section of the wall that connects the Nunne, Sauna and Kuldjala towers. The wall has a wonderful view of the Old Town and Toompea. 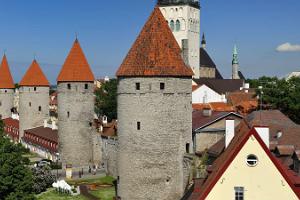 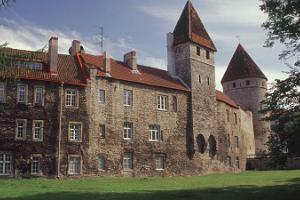 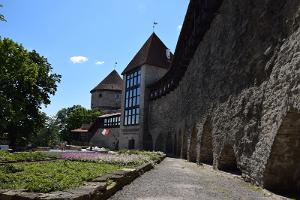 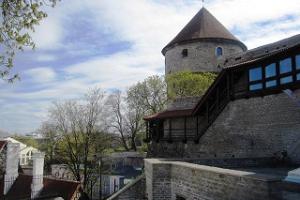 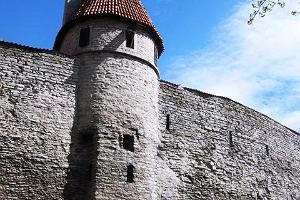