The Umsiedlung memorial is located high on the Saka limestone shore. The foreign word makes people wonder: what does it mean? The memorial was erected thanks to the family of Saka Manor, who wanted to give the 100-year-old Republic of Estonia a gift. It also serves as a thank-you to the contributions of Baltic Germans and is a reminder of their forced re-settlement.
The memorial depicts three large storks flying out of open windows that are six meters high in the air: this is how the sculptor Simson von Seakyll (Aivar Simson) and architect Kalle Rõõmus see the re-settlement of Baltic Germans. 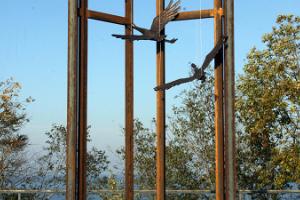 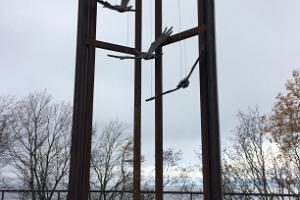 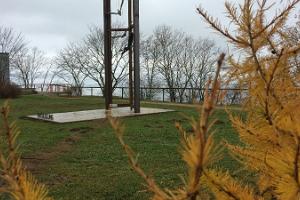 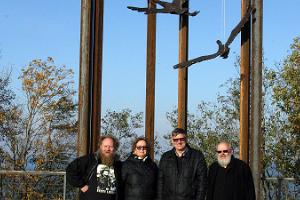