The north-eastern coast of Muhumaa is bordered by various bluffs.
Üügu bluff, which is about 300 m long, is the premier example among them. The bluff is located somewhat inland from the shore but the sea has had a long enduring effect on it over the past millennia and has hollowed out the slate in some places, creating cave-like basins.

Interesting Fact: The Üügu bluff is the largest and most attractive of Muhu’s bluffs. Before the First World War, dolomite was quarried from the Üügu bluff, which has had a somewhat negative effect on the bluff's appearance. 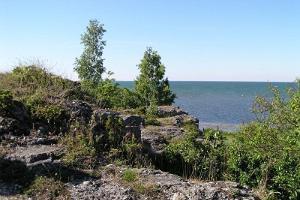 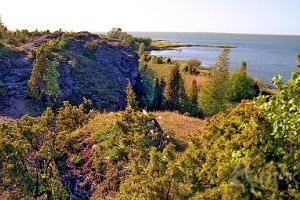 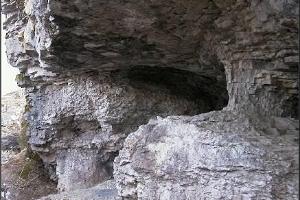 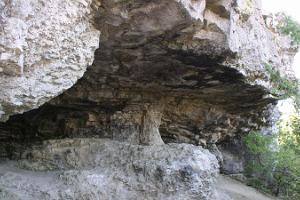