Rakvere’s monument to the War of Independence was unveiled on 30 August 1925. Its six-stage terraced concrete base was produced by master builder Reinhold Veigel under the direction of construction engineer Ferdinand Gustav Adoff. The bronze forms were cast in Italy based on models produced by Amandus Adamson. The monument reaches a height of 8.5 metres, while the bronze forms stand approximately 2 metres tall. The original monument was destroyed in autumn 1940; this copy was erected on 30 August 1992. The artists who created the replica are sculptor Lembit Palm and architect Kuno Raude. It was restored in 2004. 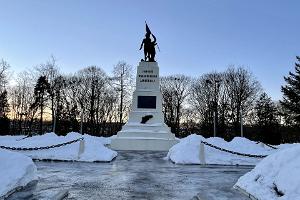 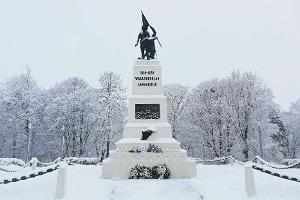 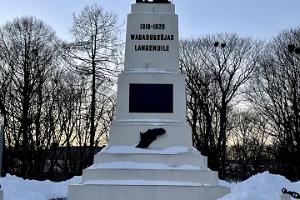 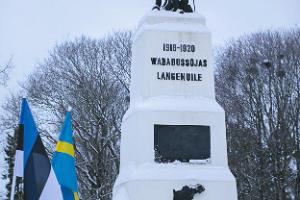 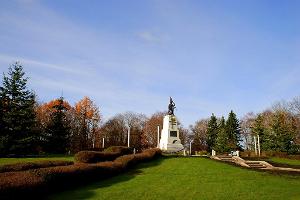