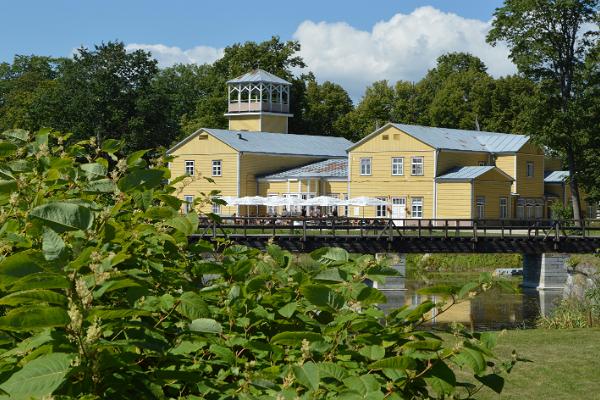 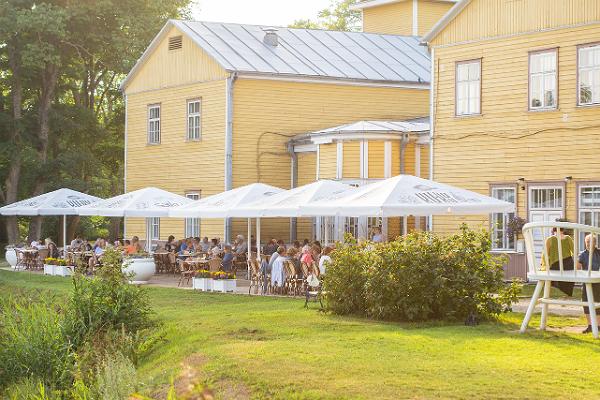 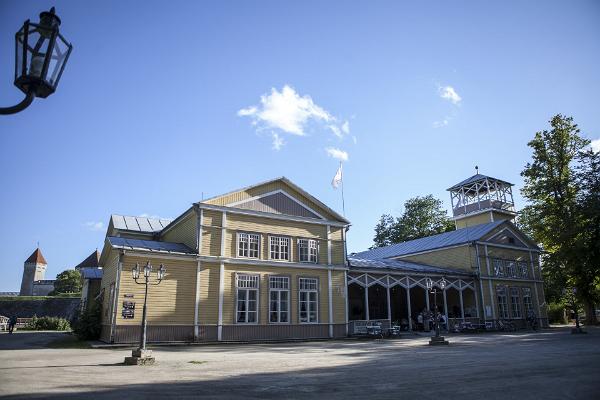 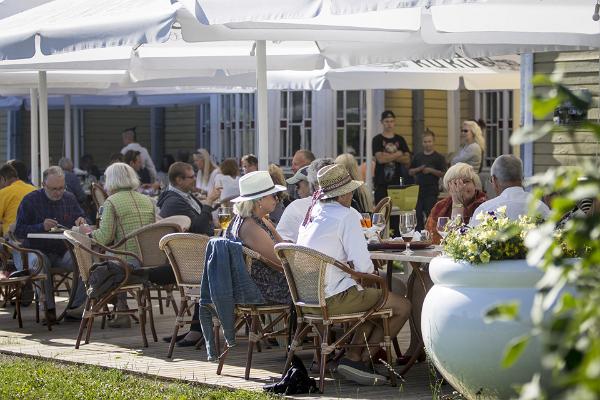 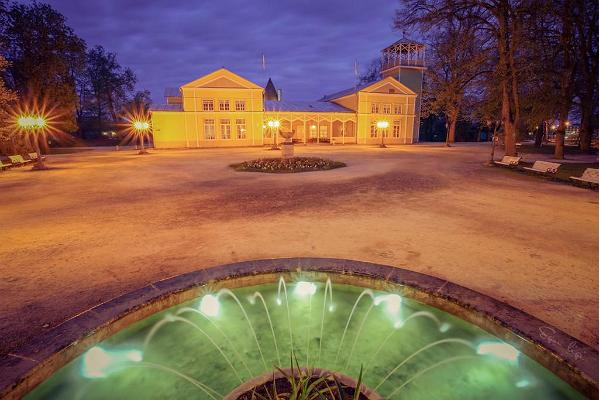 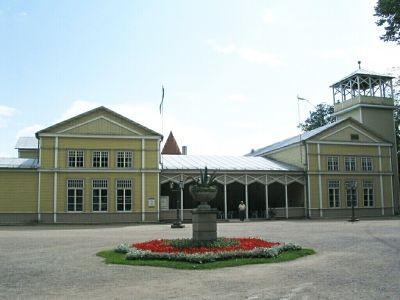 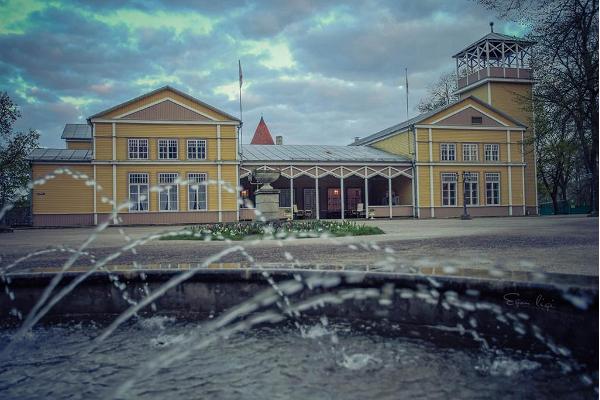 It is believed that a local pharmacist came up with the idea of building a Kuursaal (resort hall).  Construction took eight months, and it was officially opened on 11 June 1889. In the centre part, the so-called White Hall, housed a restaurant, while the right wing was home to a summer theatre and the left wing was used for a kitchen area and offices. The theatre mostly hosted performances by ensembles from Germany, but Estonian actors started appearing here after World War I.

There are cosy rooms in the guesthouse on the second floor. 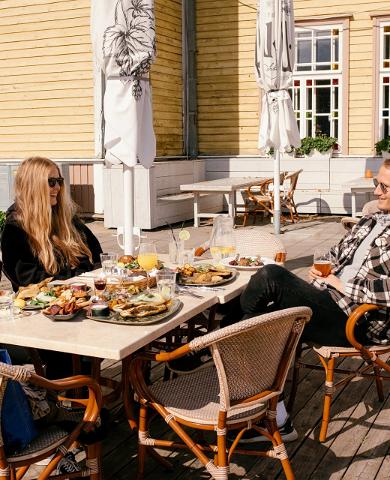 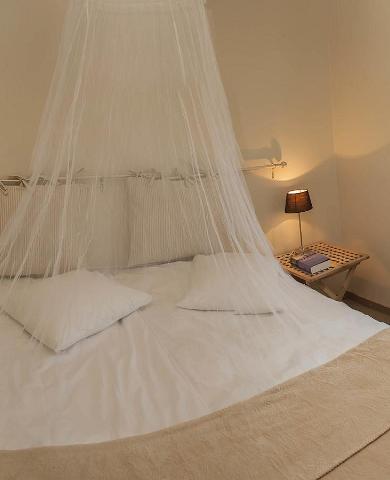