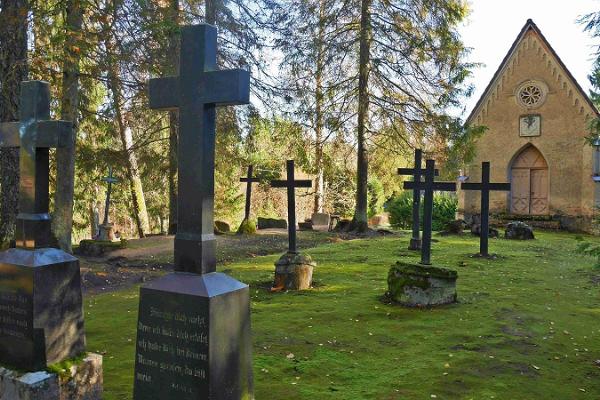 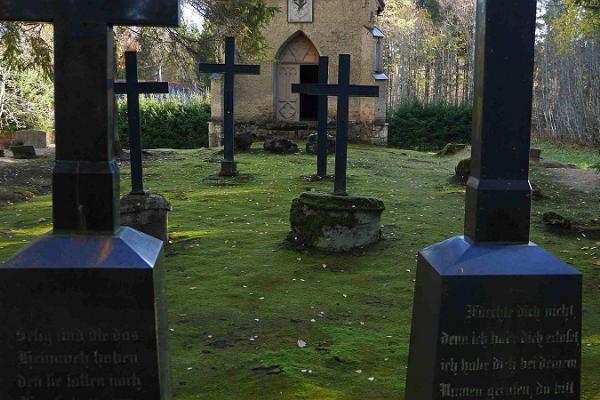 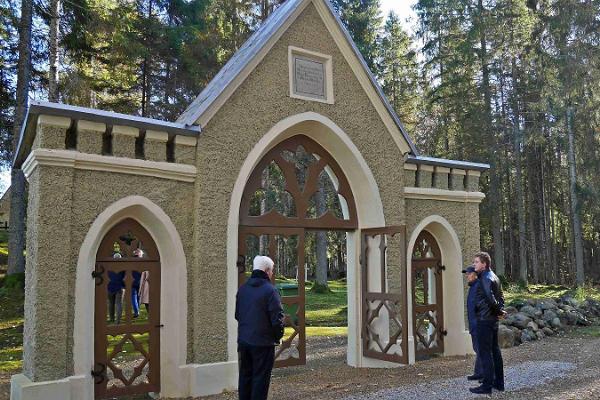 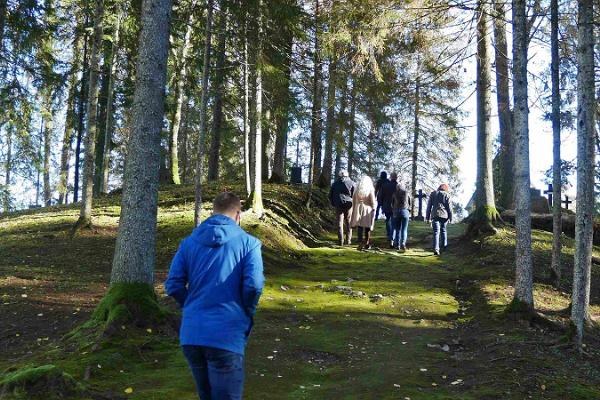 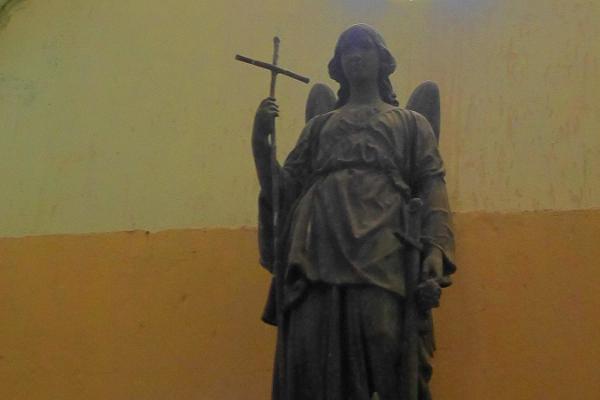 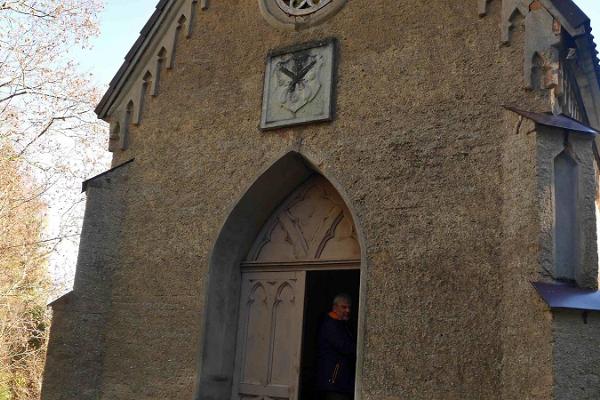 The Kütimäe cemetery was founded in 1872 by the owners of Rutikvere Manor, the Pistohlkorses. As the German cemetery in Põltsamaa lacked enough space, the landlords had to establish a private cemetery. To build it, the farmers had to make an artificial mound in Kütimäe. According to legend, this hill was built for two years and the soil was transported by horses.

In 1873, a cemetery wall, a three-part gate, and a neo-Gothic chapel were also built. The chapel is decorated with the arms of the Pistohlkorses.

The exact number of people buried in the cemetery is unknown. The cemetery is still operating today and is maintained by the Põltsamaa Municipality.

When coming from Põltsamaa, drive straight through Pajusi and Pisisaare until you reach the intersection. There, turn left onto Rutikvere. After about 2 km, the sign will direct you to make a right turn – you have arrived.