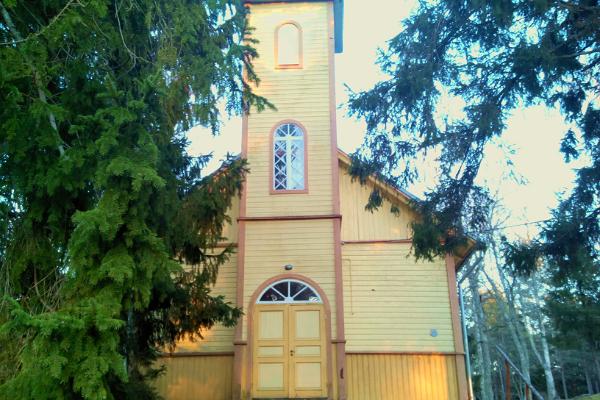 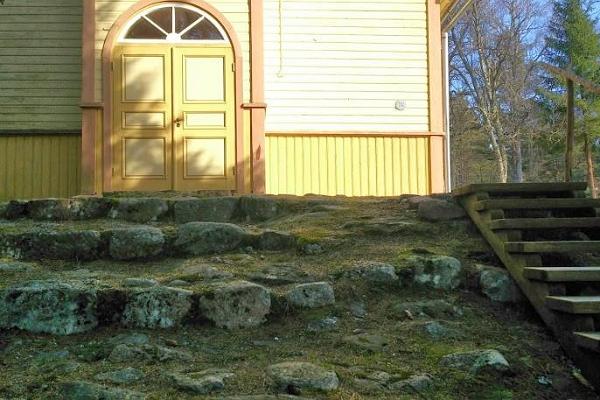 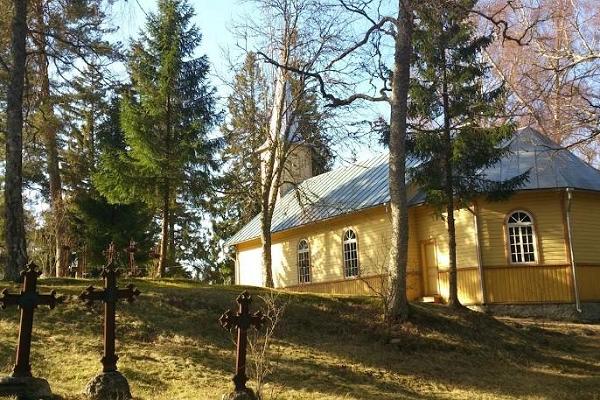 The first chapel was erected in thanks to God by Danish seamen, who had escaped from a shipwreck on the Mänspäe coast. The chapel was built from the pieces of the shipwreck and is said to have had room for only 10 people. In the first half of the 19th century, one of the first “reading schools” in the area operated in the chapel. The present Mänspäe Chapel – the third at this location – was built by the Emmaste Manor lord, Baron Hoiningen-Huene based on a plan designed in 1908. The builder was master builder Toomas Koolmeister. In 2006, the chapel received a new coat of paint, which is exactly the same shade of yellow as when the chapel was built a century ago.