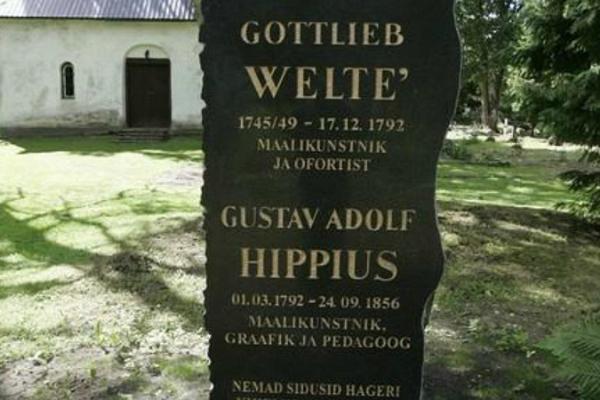 The frescoes at Lohu Manor are the work of Welté, who was also employed as an artist in the porcelain factory founded by Wodemar Johann von Lauw at Põltsamaa Castle.

Hippius was an outstanding portrait artist, capturing the likes of composer Ludwig van Beethoven, explorer Adam Johann Krusenstern and a number of other celebrities.

Both artists, who are associated with Järlepa, Vardi, Lohu and Ojasoo manors, are buried in Hageri cemetery.