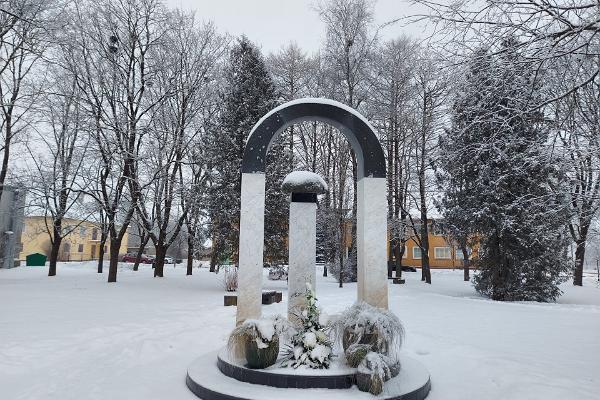 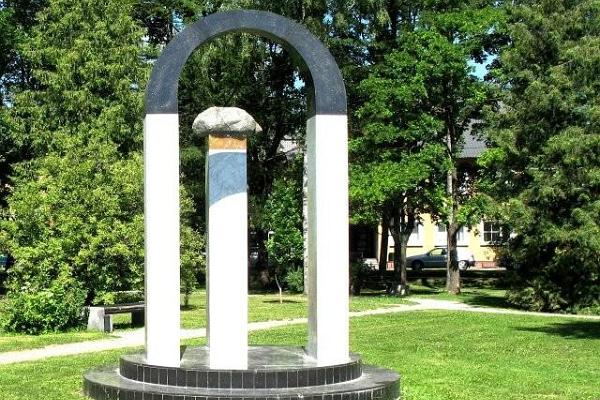 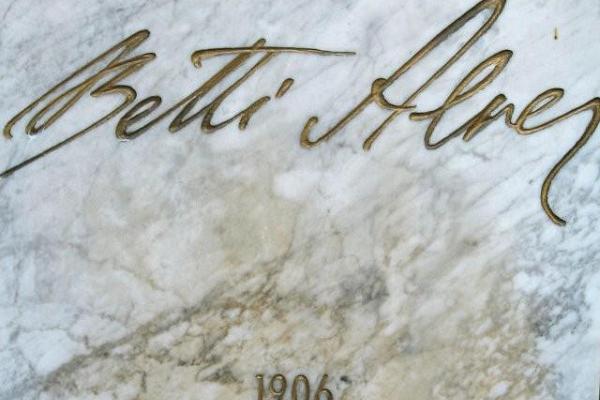 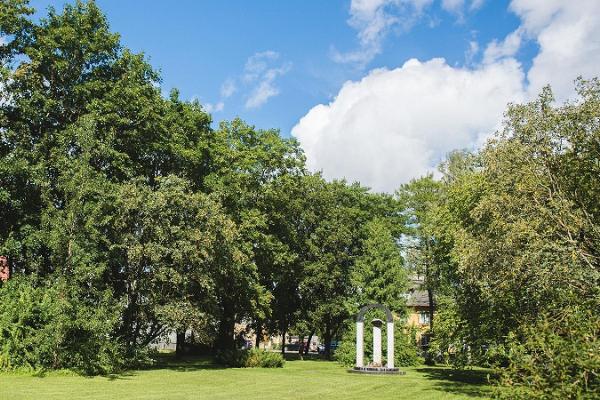 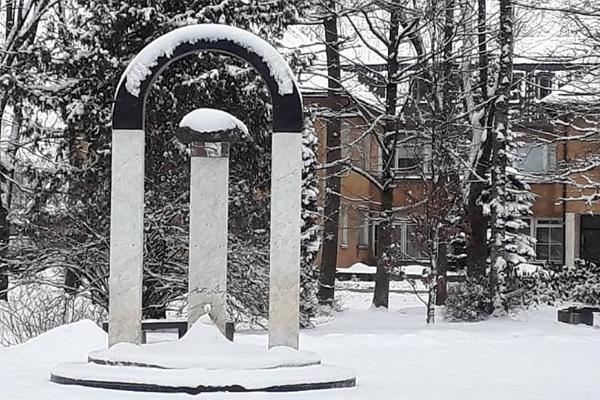 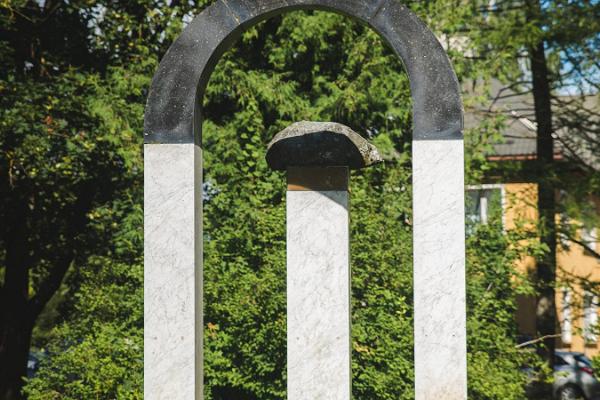 The park and monument dedicated to Betti Alver were opened with a ceremony on the writer's 90th birthday in 1996. This is not a traditional bust of a writer, but a symbol focussed on creation. The poet's autograph, signature in stone, is in the base of the monument. The monument as a whole depicts the airy lightness, classic strictness and energetic striving of the poet's works, but also shows contrasts, suppressing and destructive forces. The general image of the monument represents Betti Alver's fate and story.