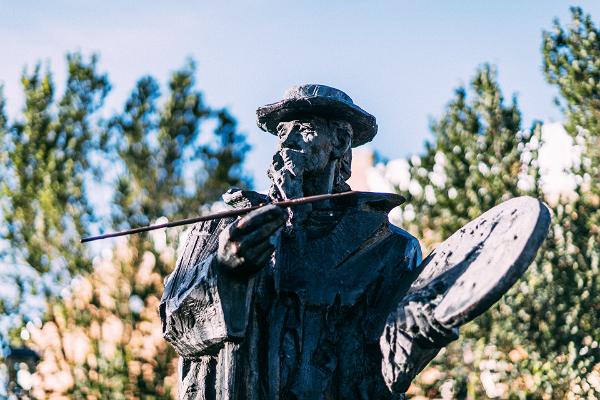 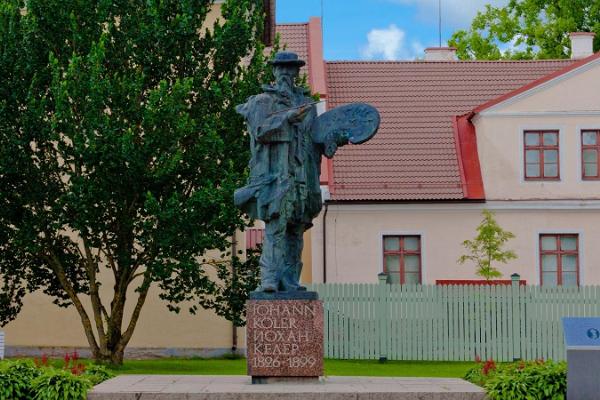 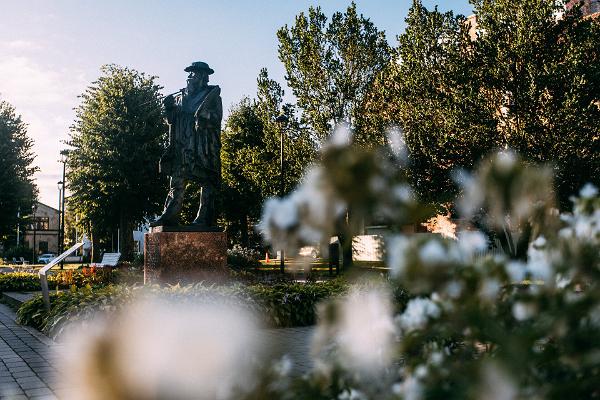 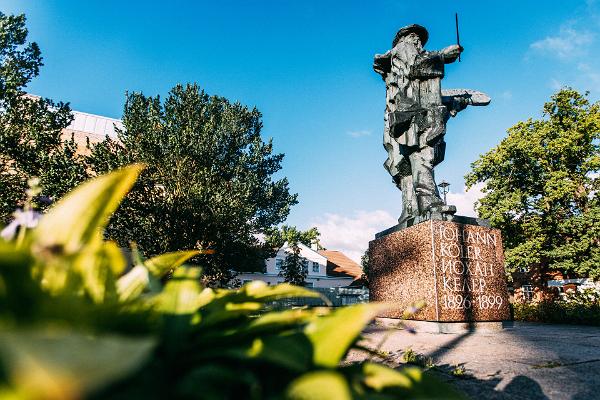 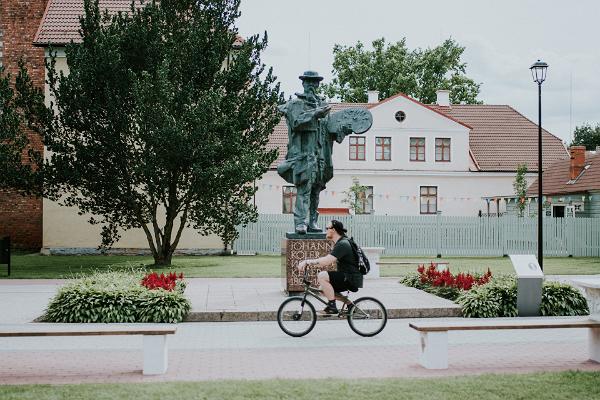 This monument was erected to mark the 150th anniversary of the birth of the founder of Estonian nationalist painting.
Johann Köler was born in the parish of Suure-Jaani in Viljandi County. Did you know…? *Having studied painting at the Academy of Art, Köler went on to further studies in Germany, the Netherlands, Belgium, France and Italy. *He was employed in the court of the Russian emperor as the drawing teacher of the tsar’s daughter. *He corresponded with forward-thinking Estonian intellectuals and took part in events as part of the nationalist movement. The monument was sculpted by Edgar Viies, having been designed by Rein Luup.

Not the only pleasant piece of public art in Viljandi. A nice memorial and a pleasant diversion on a tour of the town

Monument to a famous Estonian artist

A nice monument to one of the greatest Estonian artists. A nice little area around it, on the way from the centre to the castle ruins or the lake.