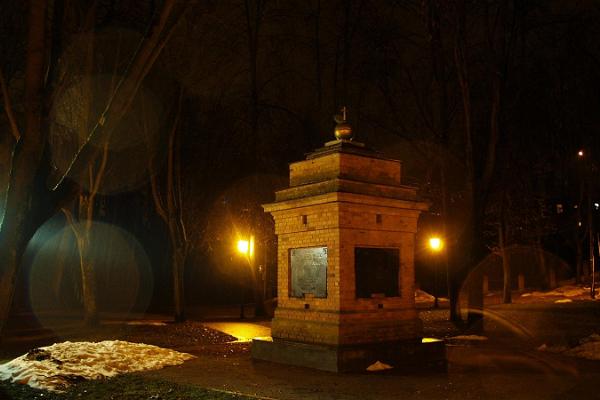 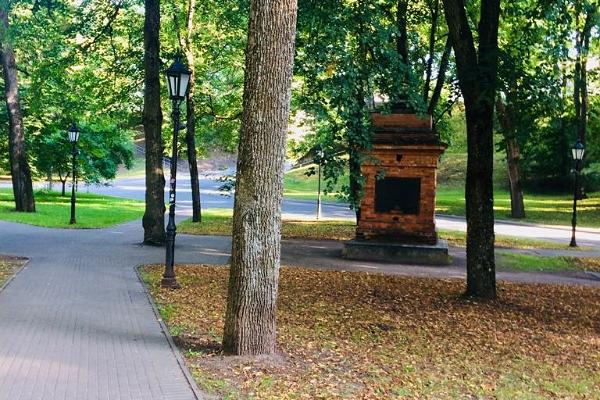 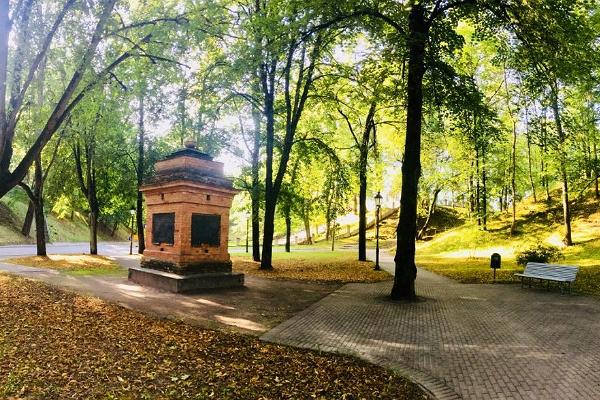 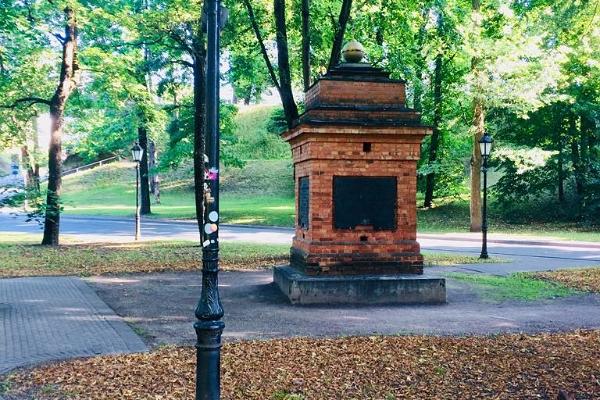 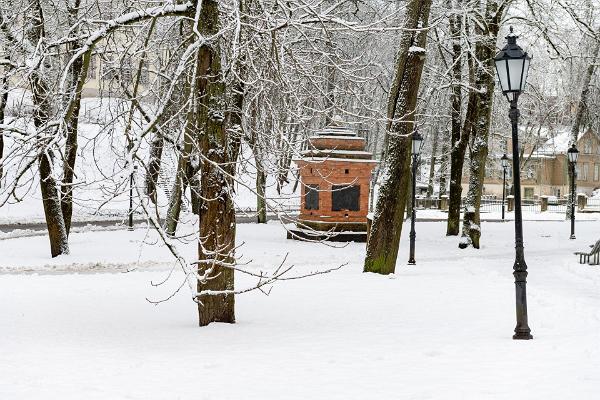 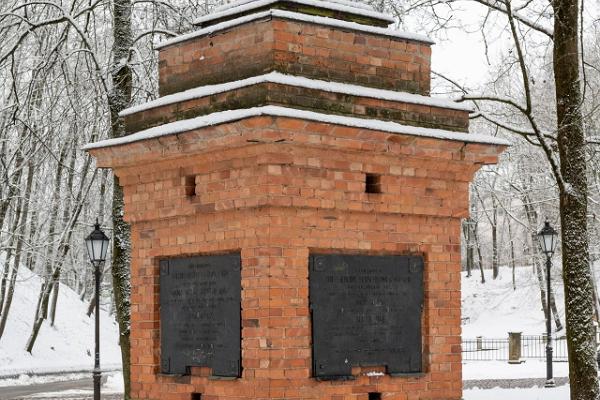 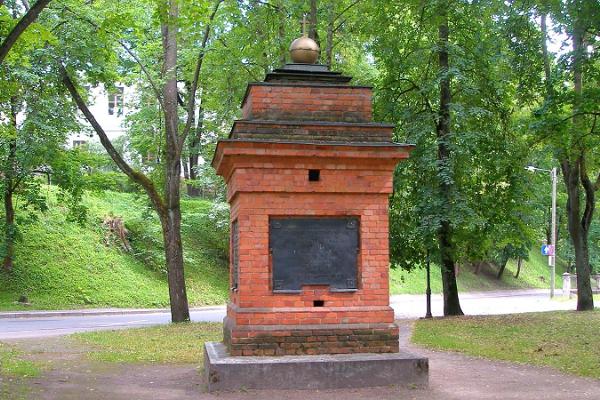 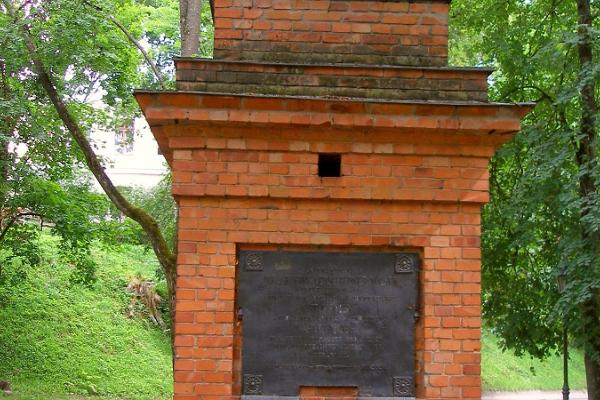 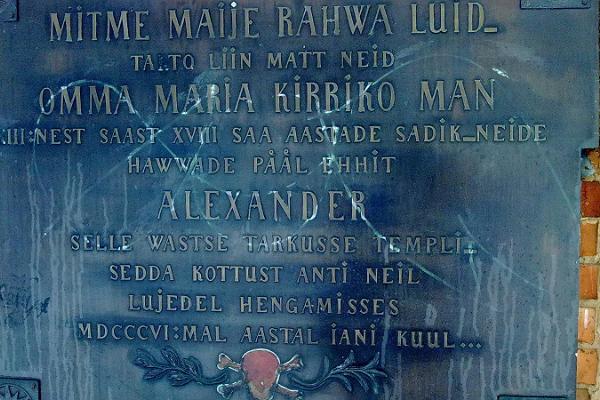 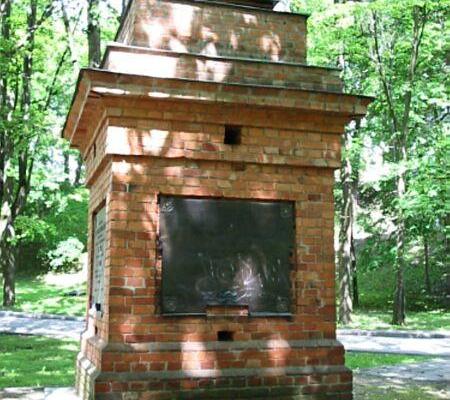 The Monument to People is the oldest monument in Tartu. The bones buried under the floor and in the cemetery of St Mary’s Church were found when the main building of the University of Tartu was built on the former site of the church. In 1806 they were reburied in Toomeorg near Vallikraavi Street and the small square Monument to People, which was created according to the drawings of J W Krause and resembles the tomb monuments of Asia Minor (Lykia), was erected there in 1811. The human bones found in the course of archaeological work in the cellars of the main building of the University of Tartu were buried by the monument’s side that faces street on 20 September 1985. A case with information was also buried in the grave.

Monument made of red bricks has signs on four different languages. On the place on present-day main University building was a church with a graveyard. Church was destroyed and the remains of those... 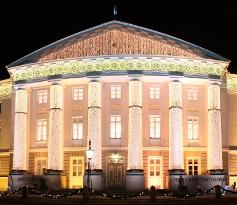 Small monument in a calm street.

This small monument is situated on Vallikraavi street. It has four signs in different languages, unfortunately not in English. This is not one of the top attractions in Tartu.