Musical "Fiddler on the Roof" 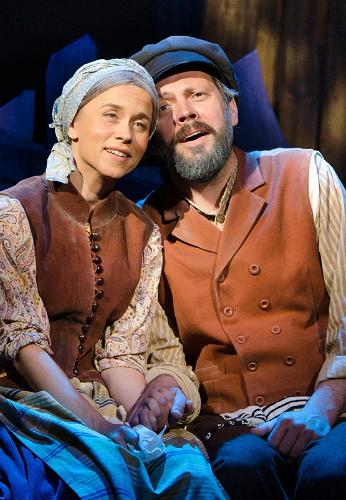 Half a century ago, a musical that became one of the most popular pieces on Broadway was born. It ran there for more than 3000 nights. “Fiddler on the Roof” was first staged at the Estonian National Opera in 1989 by Georg Malvius, earning the title “Theatrical event of the year”. At a time when Estonia was regaining its independence from the Soviet Union, the story of a small Jewish village suffering from the oppression of great powers and fighting for its existence was of great significance.

27 years later, Georg Malvius brings the fiddler back to the roof of the Estonian National Opera, retelling the story of the dairyman Tevye and the colourful life in the village of Anatevka. It is a touching story of human relations, traditions, joys and worries, love and tears.

Musical "Fiddler on the Roof"