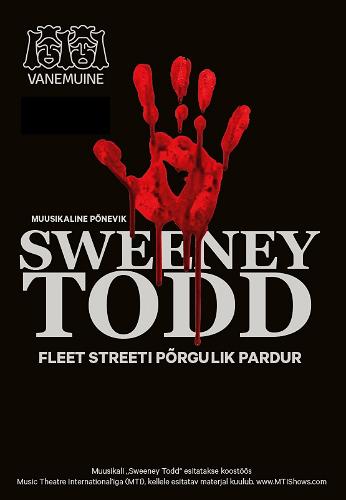 Sweeney Todd isn’t a cutesy story about meat pies: it’s a story of a screaming injustice and the revenge that follows. It may seem just and noble, but in the end, vengeance poisons the mind, and the people who are affected by it are buried under blood, insanity and a pile of bodies. But then the corpses disappear, and the appetizing aroma of baked goods comes wafting out of Mrs Lovett’s shop…
Barber Benjamin Barker had a loving wife and a beautiful daughter – until the day he was convicted of a crime he didn’t commit and was exiled for life. 15 years later he returns to London under the alias of Sweeney Todd, a masterful barber whose one true desire is to avenge himself on Judge Turpin and Turpin’s loyal lackey Beadle Bamford, the cause of all his suffering…