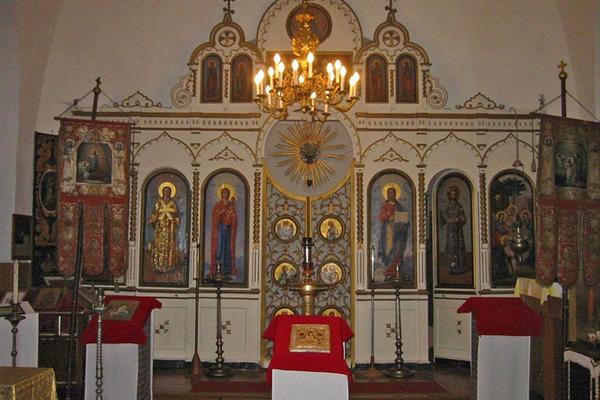 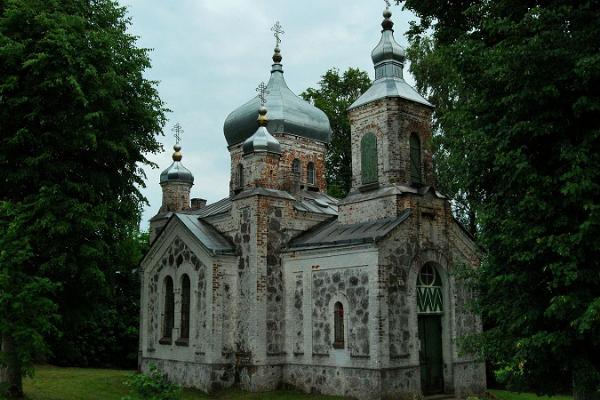 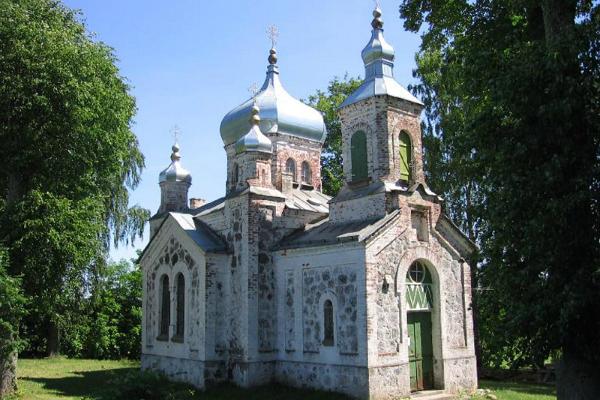 There is a remarkable historicist Orthodox church with quarrystone and brick walls and five onion-cupolas in Nõo small borough.
The Nõo Congregation was founded in 1852 for Estonian Orthodox Christians who previously belonged to the Tartu Georgi congregation. The architecturally remarkable church is made of quarrystone and red bricks and has a bell-tower in the western side. It was completed in 1873. The interior architecture of the church is simple and the iconostasis dates back to the late 19th century.
Services are held in the Holy Trinity Church in Nõo on the second Saturday of each month.