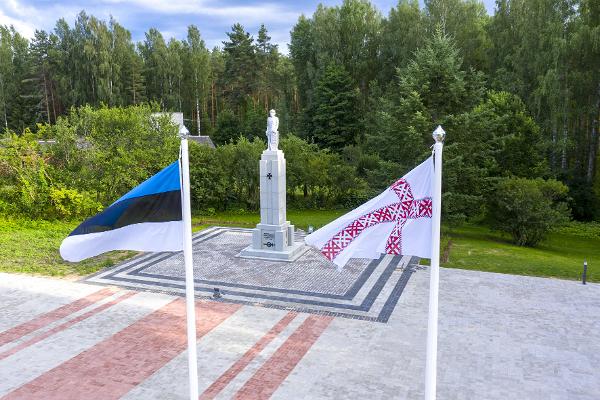 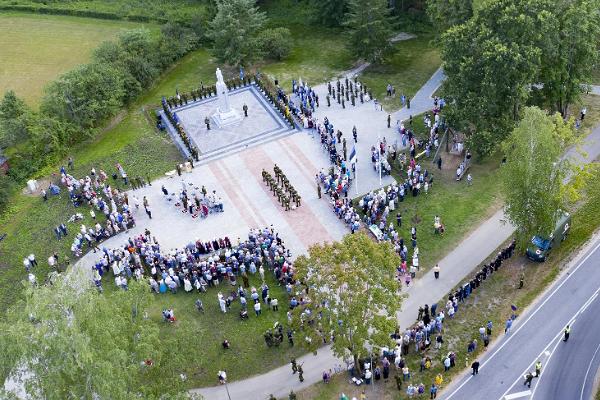 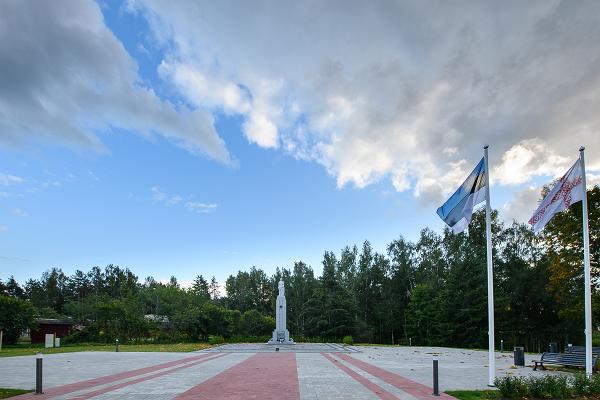 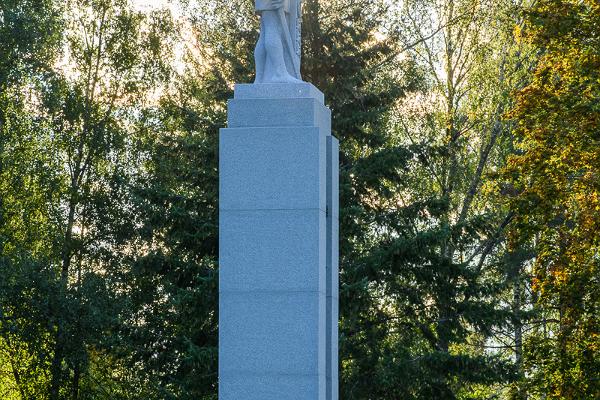 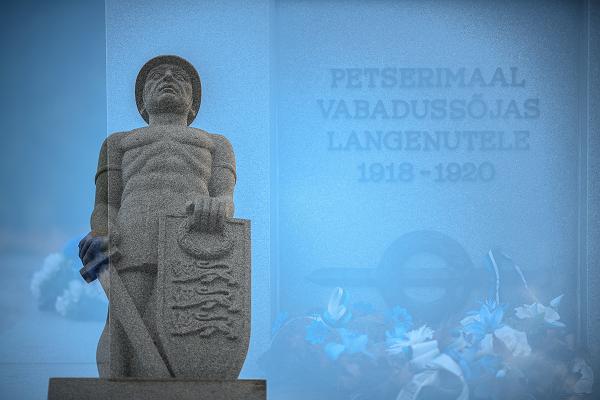 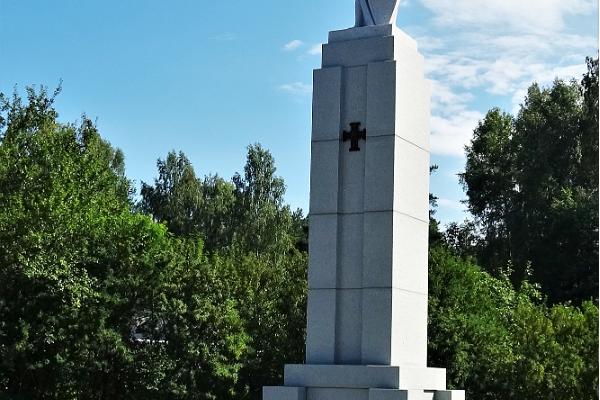 The statue for those who perished in the War of Independence in Petseri county stands on the Statue of Liberty Square in Värska. The monument designed by sculptor Roman Haavamägi was supposed to be erected in the heart of the town of Petseri in the summer of 1940, but due to the Soviet occupation that started, the plan was abandoned. Only 80 years later, in 20 July 2020, the restored statue was opened here in Setomaa. The soldier figure was modelled and shaped in granite on the basis of photos by sculptor Tiiu Kirsipuu.
The Statue of Liberty of Petseri was erected in remembrance of those nearly 350 Estonian soldiers who fell in the War of Independence in Petseri County, as well as the importance of the Tartu Peace Agreement for the Setos.