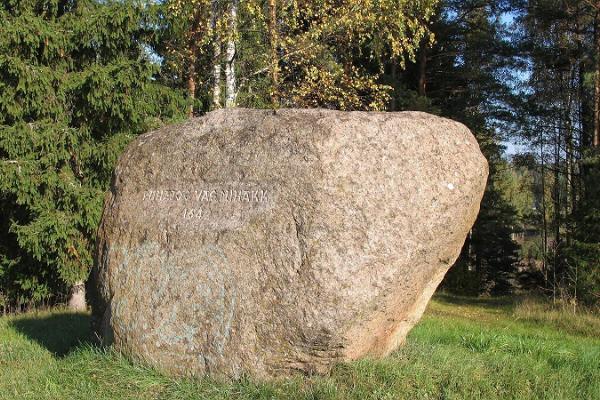 This red stone memorial was unveiled in 1986 and recalls the events of the Pühajõgi River uprising.

Ancient Estonians considered the Võhandu River sacred, since it was thought to be the home of the lightning god. In 1640, the lord of the Sõmerpalu manor, Ohm, built new mills on the river - but his crops were struck by blight, which the farmers put down to the desecration of the ruver. On 8 July 1642 the farmers destroyed the mills and the dam. The uprising was put down with help from the militia and the farmers were severely punished.