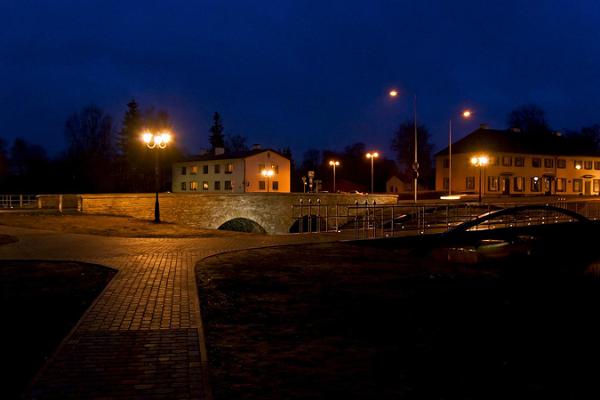 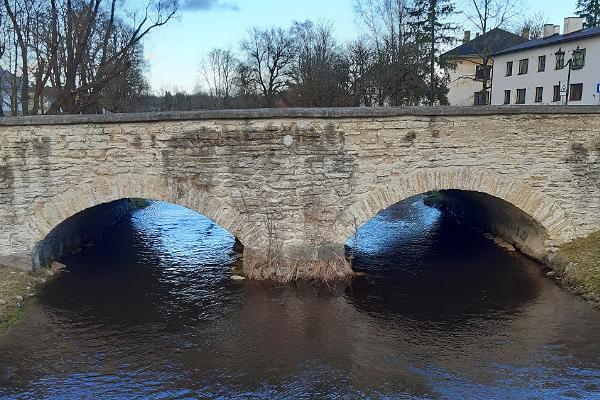 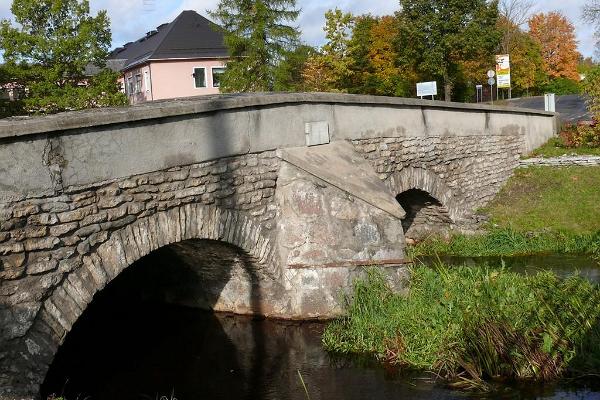 This bridge, which crosses the Vigala River, was built in place of the former wooden bridge in the late 19th century. A reinforced concrete structure was superimposed on the old bridge in 2009, and pedestrian bridges were added on either side.

Did you know…?
* The renovated bridge is the only one of its kind in the country;
* The stone bridge is on the coat of arms of Rapla municipality;
* A café operates under the bridge on Rapla Day where the dress code is galoshes;
* River rallies have been held on the river under the bridge, and performances have been given on top of it;

Mermaids have even been spotted in the river! Bring a sandwich, come and park yourself by the river and enjoy some time to yourself! You might not spy any mermaids, but you’re sure to see some ducks!

Walking by the river, just sitting on a bench and admiring the view to the river and also to the bridge, that is a really great thing to do. Even if you're busy and on your way to some other place... Nice bridge in a lovely town

Nice bridge with a good interpretation board. Worth a stop off and look. It's close to the church so you can look at both attractions 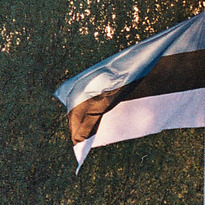 Adorable center piece to this gem of a town in the center of Estonia. Rapla has a fun and free spirit and a simple walk along this river shows it perfectly anytime of year :)