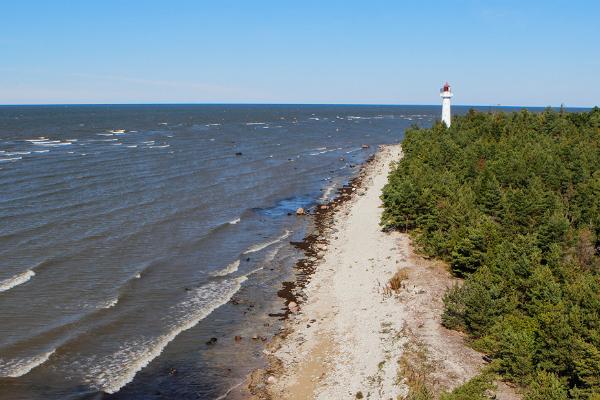 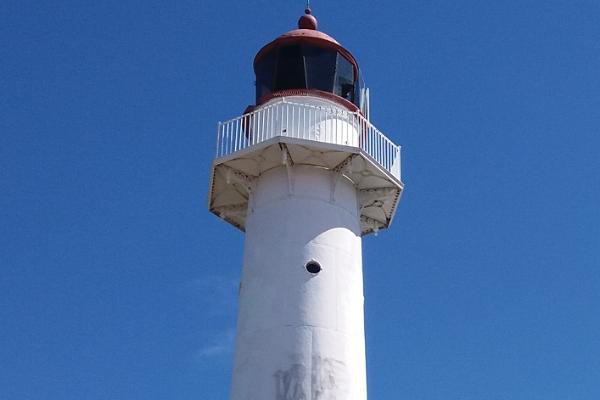 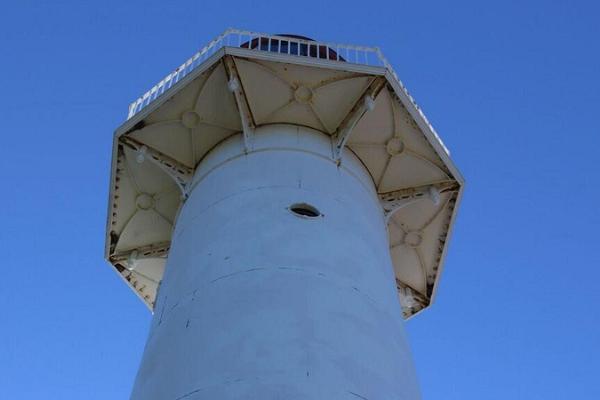 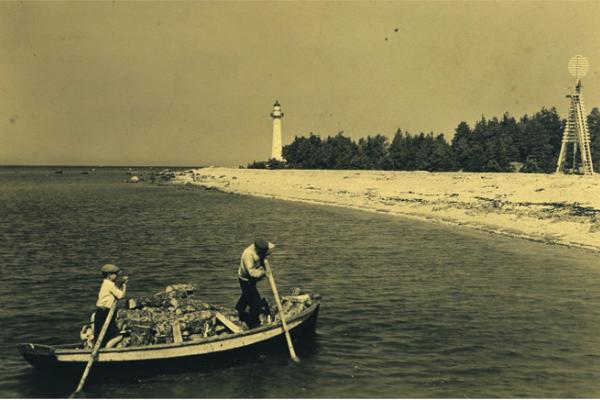 Saxby lighthouse has a 27-metre-high beacon that controls the entrance to the Väinameri Sea archipelago and is an important aspect in the Vormsi island's culture. The tower, built in 1864, is the oldest lighthouse assembled from cast-iron using the Gordon system. The tower was built at the same time as the Kihnu and Virtsu lighthouses and looks similar to them, which is why a legend from Kihnu island tells a story about the construction of lighthouses. It's said that there are only three of lighthouses in the world: one on Kihnu island, the second on Vormsi island, and the third one at the bottom of the sea, which is said to have disappeared on a sea lane at an unknown location.
The lighthouse is open and offers a beautiful view of the Vormsi island's Northwestern coast.

To get to the lighthouse, drive to the Saxby village and turn left from the intersection. There are wooden signs at the curve. After driving 1.4 km you will reach a small parking lot. You have to walk the last 300 metres to the lighthouse.