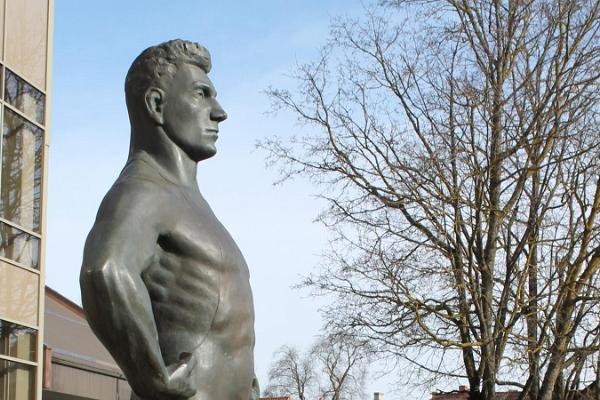 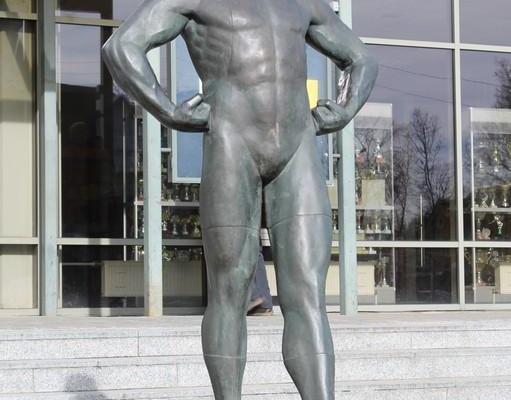 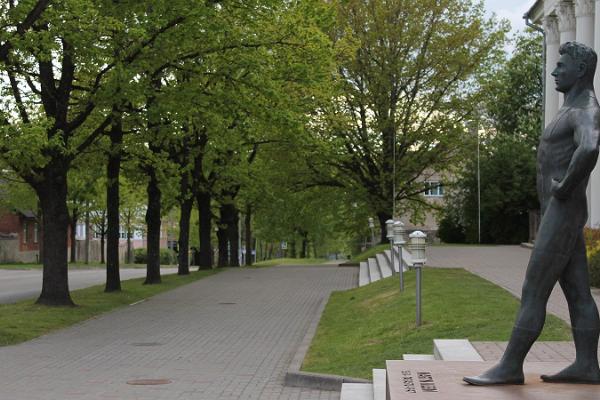 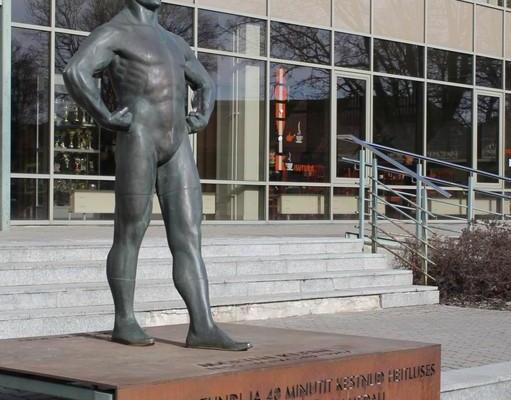 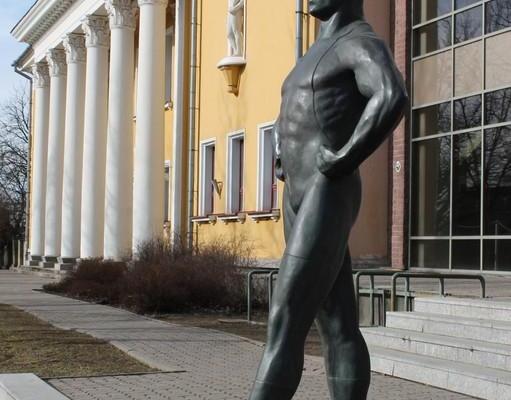 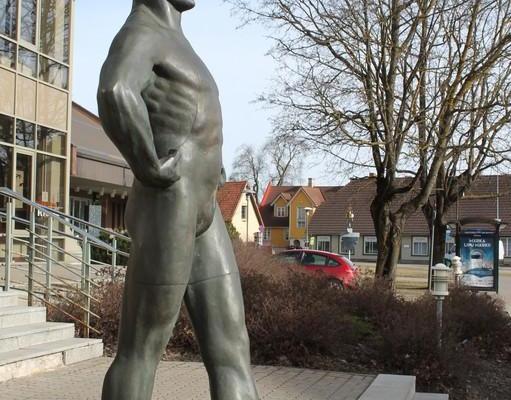 The wrestler Martin Klein from Viljandi County is the first Estonian athlete to win an olympic medal.

At Stockholm Olympics in 1912, he won the longest wrestling match ever recorded, which lasted 11 hours and 40 minutes. After the match, Klein was too exhausted for the final match. He gave up the struggle for a golden medal and won a silver medal in Greco-Roman wrestling.

The match appears in the Guinness Book of Records as the longest wrestling match in history.

The author of the bronze statue of Martin Klein is Mati Karmin.