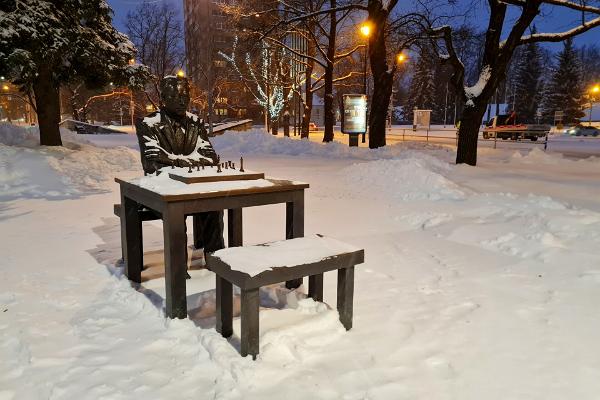 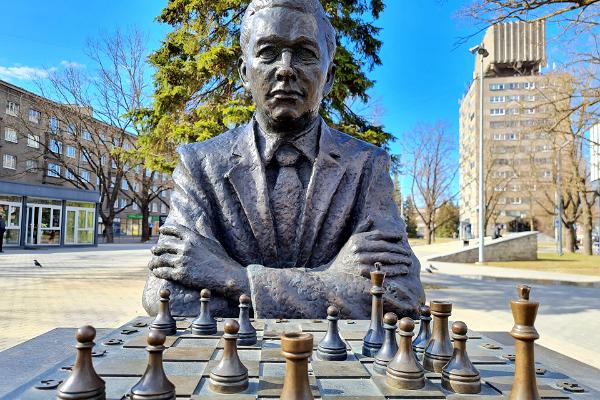 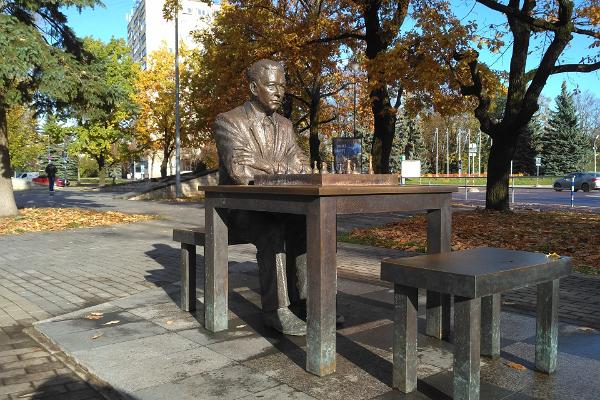 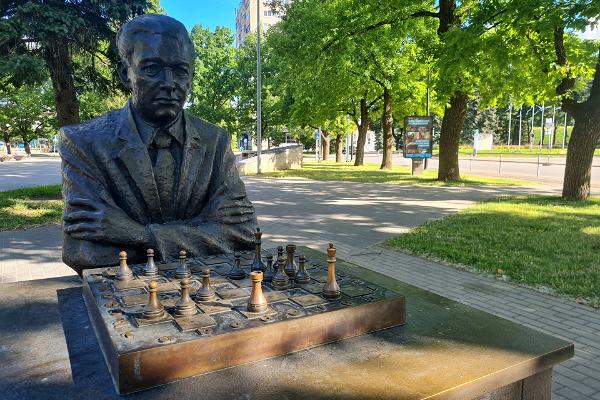 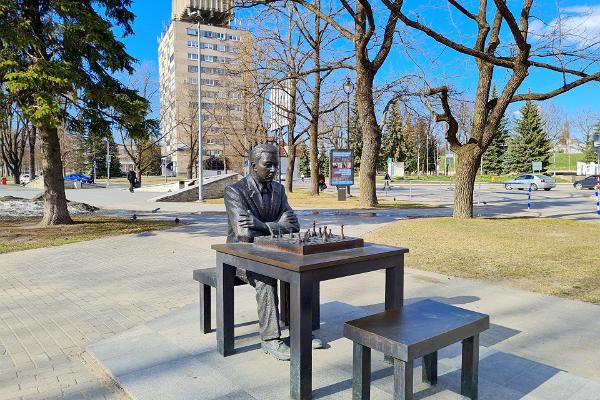 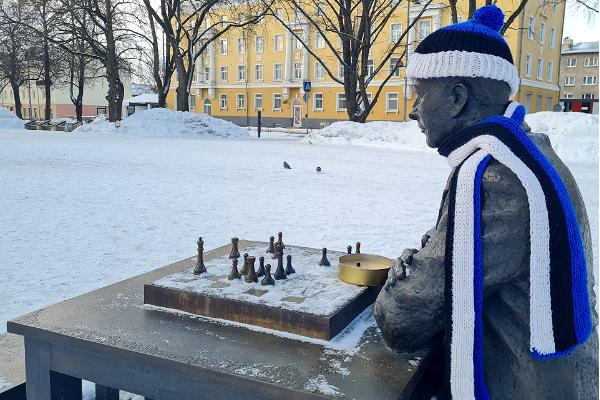 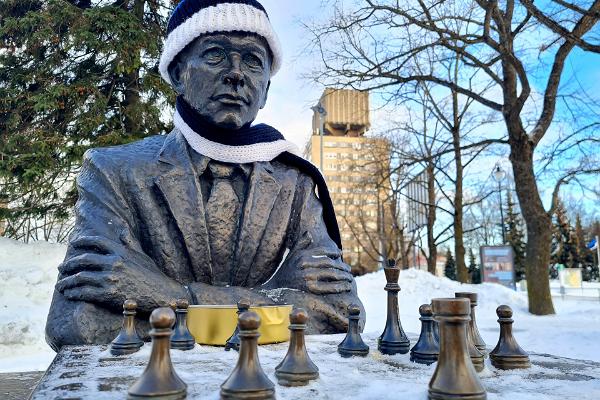 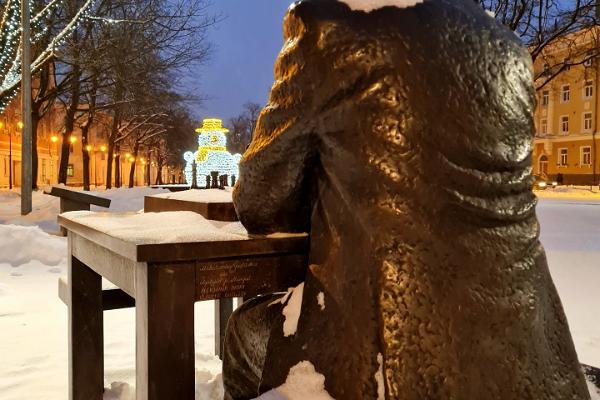 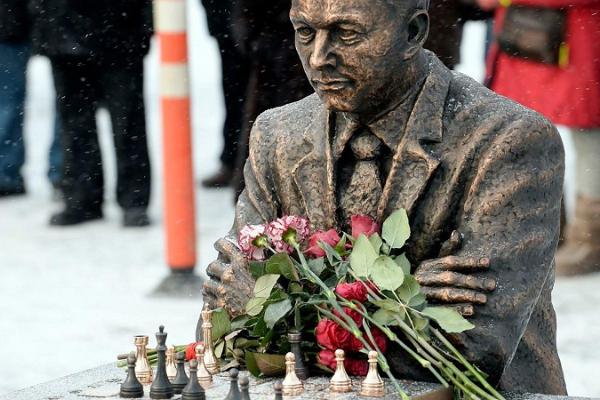 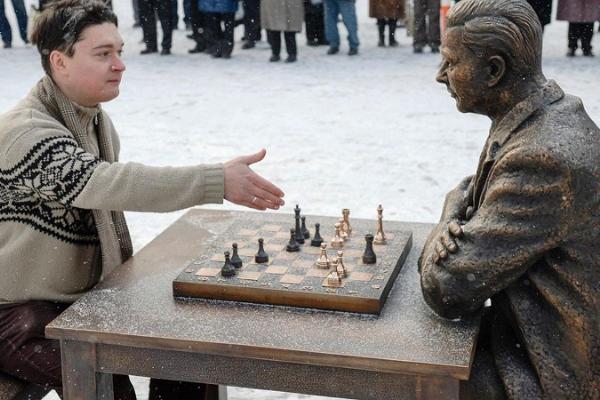 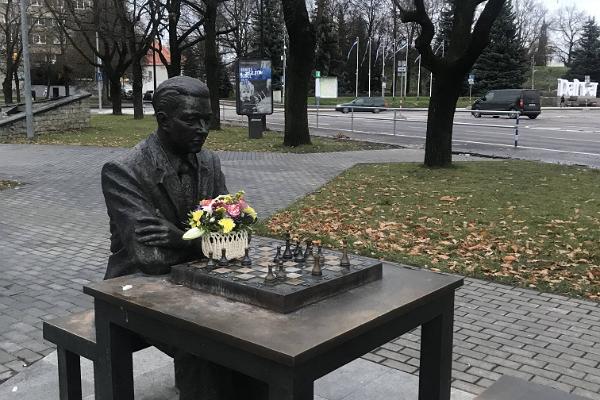 The statue was installed for the 100th birthday of Paul Keres, an Estonian chess player and international grandmaster, is located on a square between Puškin Street and Peeter Square.

The authors of the statue are well-known Estonian sculptors Aivar Simson and Paul Mänd. Their idea was to make it possible for people to sit opposite to Keres behind the chessboard and think about the next move.

The statue depicts the game between Keres and Walter Browne in Vancouver in 1975. It mistakenly shows Keres playing with white pieces.

The sculpture is made of bronze.

Based on 33 reviews | Write a review I nice monument (even on a rainy day) that made me look up who Paul Keres was - very interesting reading.

It is in the middle of a promenade between houses, apartments, shops and worth taking a break and a picture with Paul. Nice board. Chapeau to the artist. Well done! 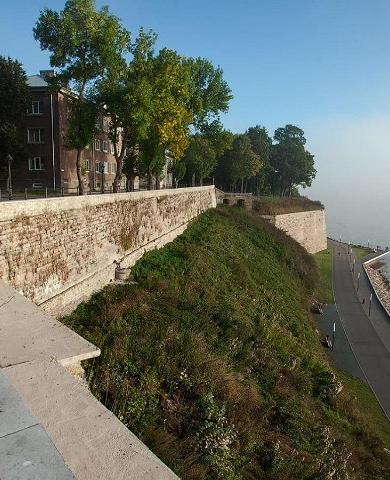