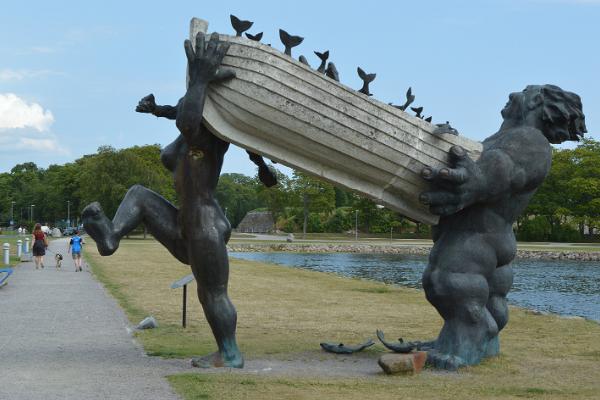 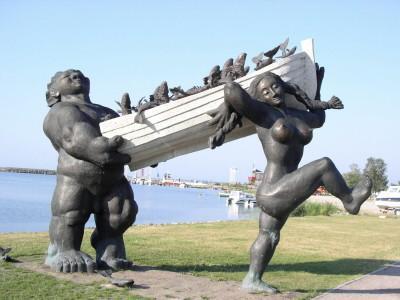 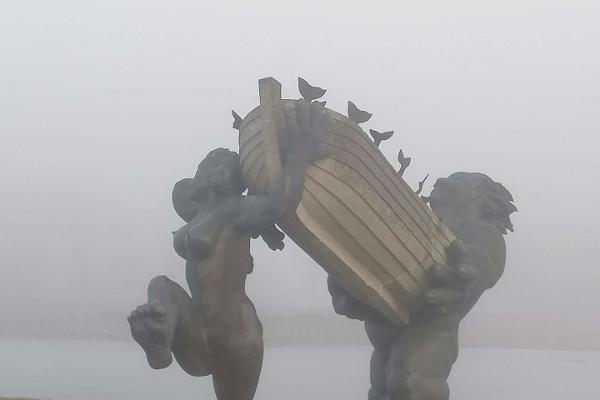 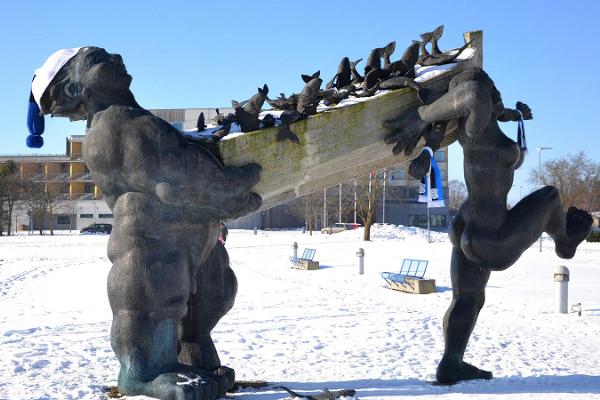 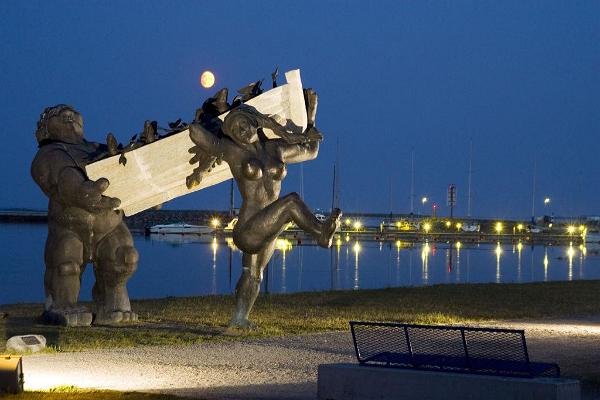 The sculpture, situated in front of the SPA Hotel Meri was created in 2002 by a renowned Estonian sculptor Tauno Kangro. The sculpture depicts Suur Tõll (the Great Tõll), a mythical hero of the island Saaremaa, and his wife Piret.
Good to know: According to the Legend, Sõrve peninsula was important to Tõll, as from there he reached the shortest way to the island Ruhnu, where he had his cabbage field. When his wife Piret started to make a fire under the cauldron, then Tõll went through the sea to his cabbage field and came back in half an hour, so that he could hand Piret the cabbages when the water had just started to boil. 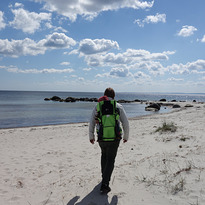