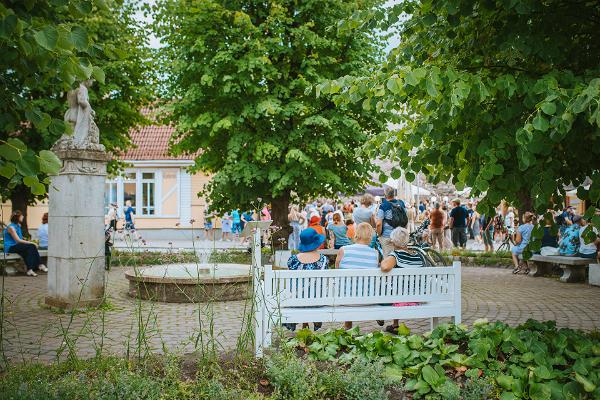 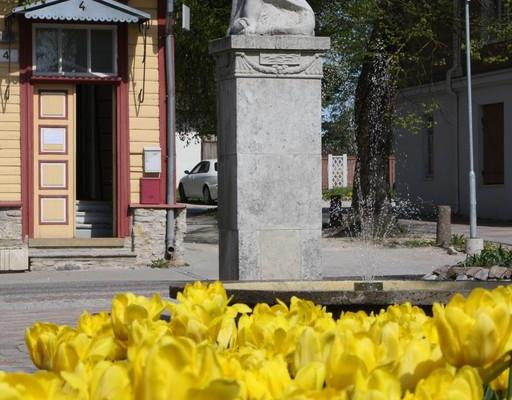 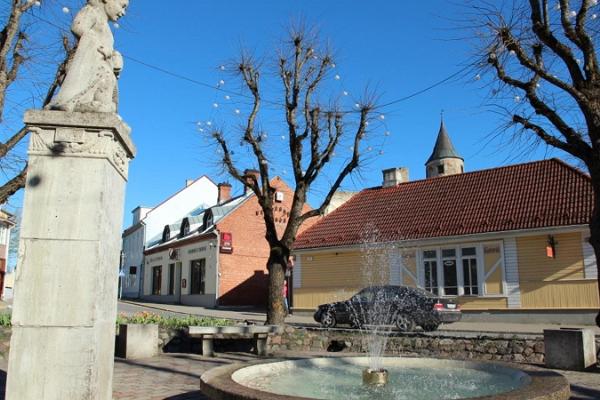 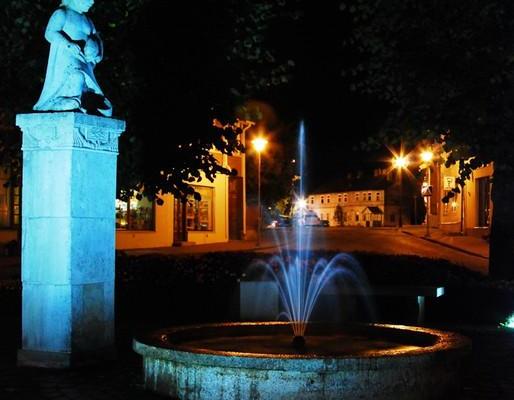 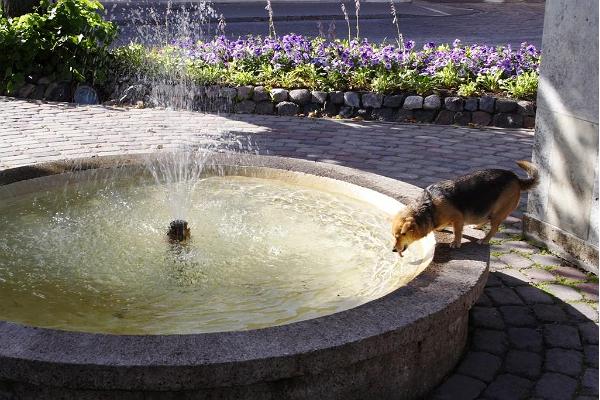 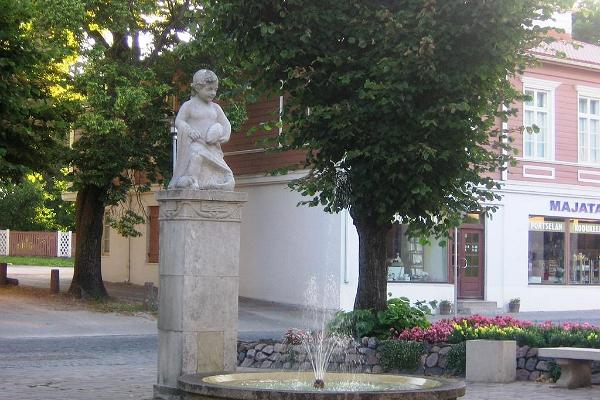 Haapsalu's main street, Karja, begins at the Swedish Market. The name of the street ("herd") originates from the time when animals belonging to the citizens of the town were led out to pasture down this road. As late as the beginning of the 20th century, the Swedish Market was an empty square where the fish market was held. Many plots of land in the area belonged at that time to Estonian Swedes (or Coastal Swedish) families. In the 1930s, a small park with the town well was built here. To decorate the square, the sculpture "Boy With A Fish" was commissioned from the sculptor Juhan Raudsepp (erected in 1936).

Good to know: The fountain side is still a nice and romantic place to sit. During the summertime festivals such as August Blues and the White Lady Festival the Swedish Market is transformed into a small open air stage.