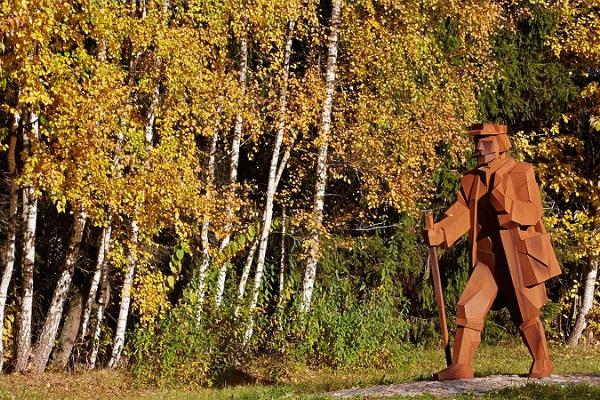 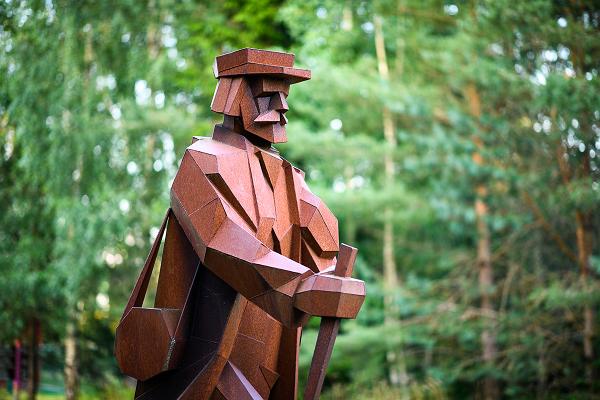 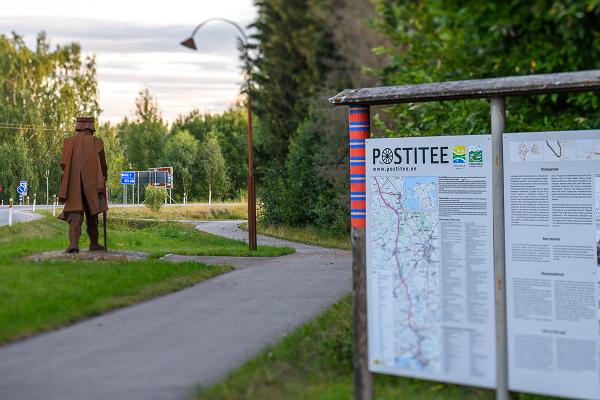 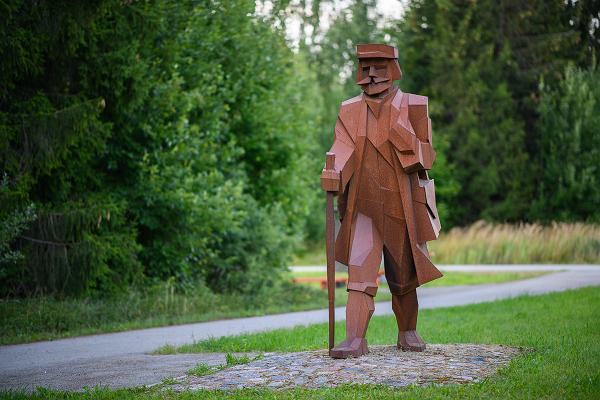 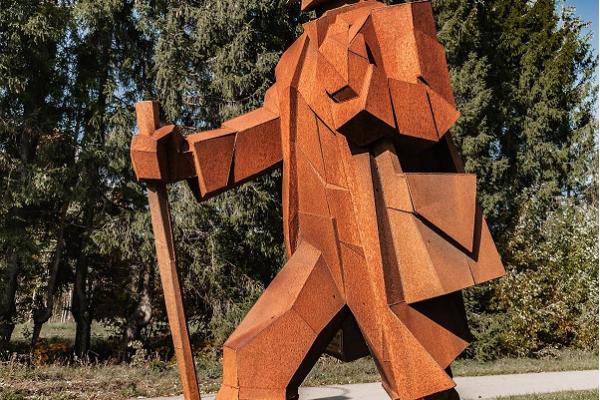 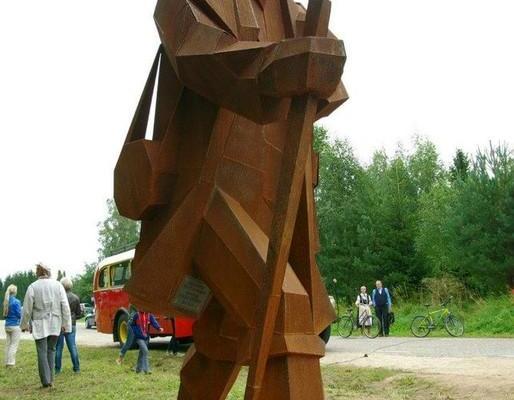 The Postal Road is a trading and military route with a fascinating history which has connected Tartu to Vastseliina and Russia for centuries. From the mid-19th century it became a postal route, which led to the development of a network of post stations. That's where the road gets its name from today.

The 'Traveller' statue on the Postal Road is the first sculpture in Estonia to be dedicated to roads and travelling. It depicts a man with a postal bag over his shoulder and a walking stick in his hand. The three-metre-tall statue is made of metal plates measuring 3-5 mm thick which are welded onto the form. It was designed by Mati Karmin.

The 'Traveller' statue is located at the intersection of the historical Tartu-Võru Postal Road and the Põlva-Saverna road.