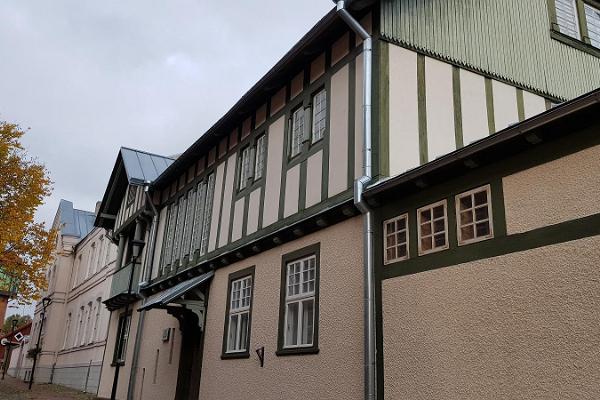 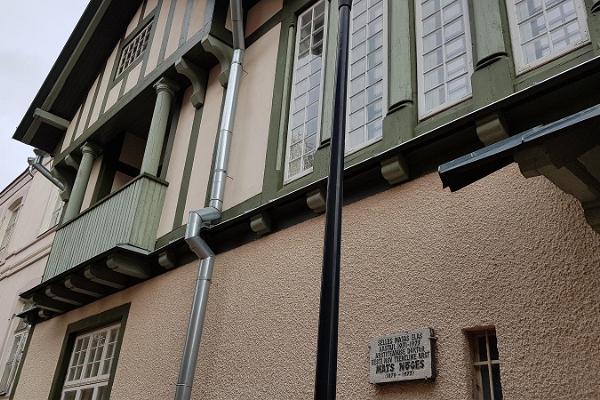 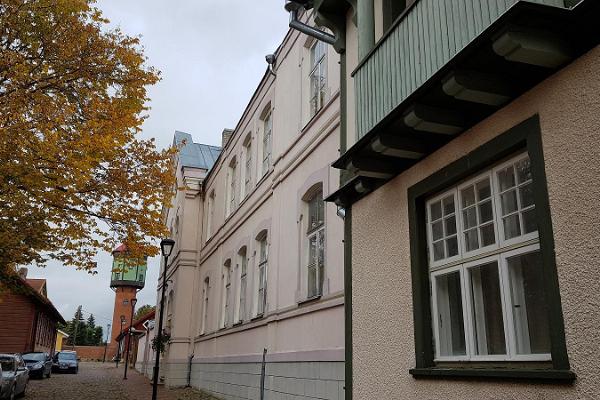 Villa Engelhardt is a good example of Viljandi’s early 20th century villa architecture. On the street side of the building, you can see the urban environment, and the courtyard side is exposed to the picturesque lake.
The villa, built for Mayor Otto von Engelhardt, was designed by his brother Rudolf-Moritz von Engelhardt. Completed after 1906, the building still has its original, heimat-style exterior. The façade is decorated with an imitation of a half-timbered house.
After the Engelhardts left for Germany, the building had several owners. One of them was Mats Nõges, a doctor of medicine.