Estonia's versatile cultural heritage has not gone unnoticed. From old songs, wedding and sauna traditions to the architecture of the capital city, there's a whole range UNESCO listed treasures to explore for all sorts of holidays. 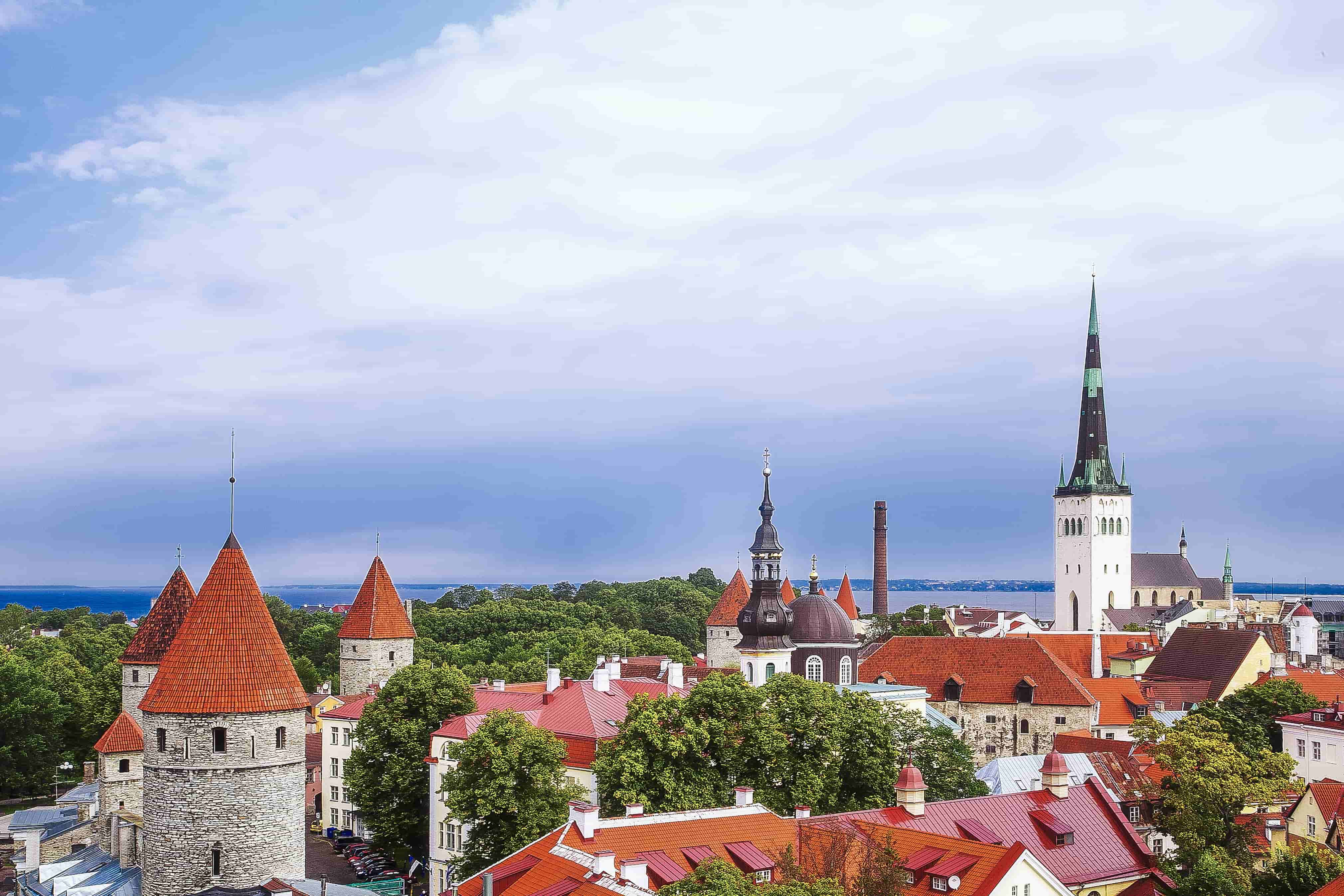 The origins of Tallinn date back to the 13th century when a castle was built here by the crusading knights of the Teutonic Order. Soon after, it developed as a major hub of the Hanseatic League, and its wealth is demonstrated by the opulence of the public buildings, such as the churches and merchant houses, which have survived to a remarkable degree despite the ravages of fire and war in the intervening centuries.

Tallinn to be UNESCO City of Music from 2022

The city of Tallinn has been awarded the title of UNESCO City of Music, starting 2022, and is one of 49 new cities which have been designated members of the UNESCO Creative Cities Network. The city is the largest centre of music culture in Estonia, where song and dance festivals, as well as major international festivals and concerts, take place. Held every five years at the Tallinn Song Festival Grounds, the Estonian Song and Dance Festival (Laulupidu) that began in 1869 is one example of the city's rich music history. Over a hundred years later in 1988, mass evening singing demonstrations broke out at the Tallinn Song Festival Grounds, in what is seen by some as the start of the so-called Singing Revolution which greatly helped bring about the independence of Estonia and its two Baltic neighbours from the Soviet Union. And Tallinn Music Week is yet another musical event that has taken roots in Estonia's capital. 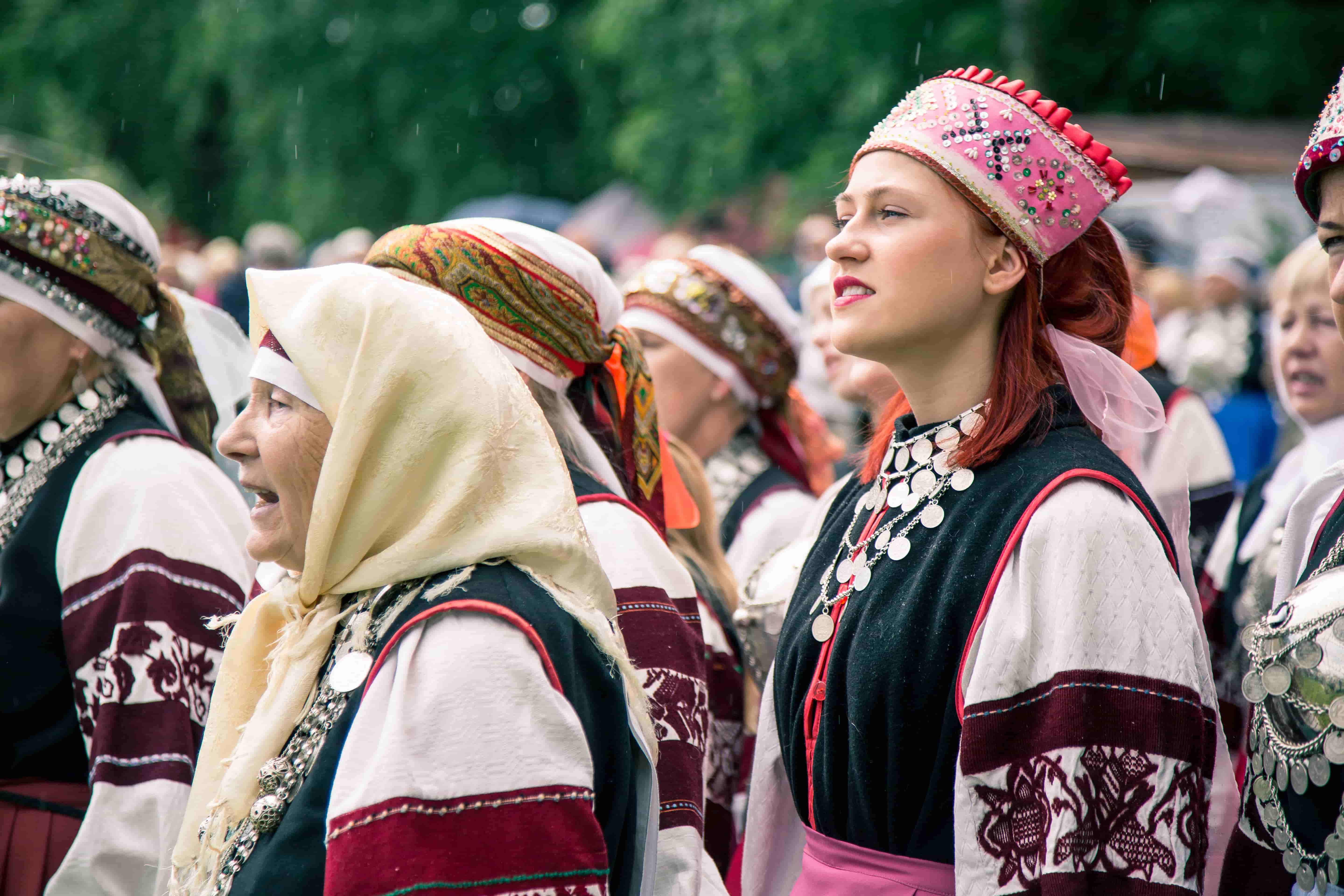 The Seto leelo is a traditional way of singing that takes you back centuries, to somewhere ancient and rural. Setos themselves consider singing natural and everyday tradition, a way to express thoughts and emotions, to collect memories and pass them on to future generations. The singing tradition in Setomaa is kept alive and well by the older and younger generations alike. The most famous local singers throughout history were able to recall up to 20,000 rhymes, earning the title Seto lauluimä meaning "Seto Mother of Songs." 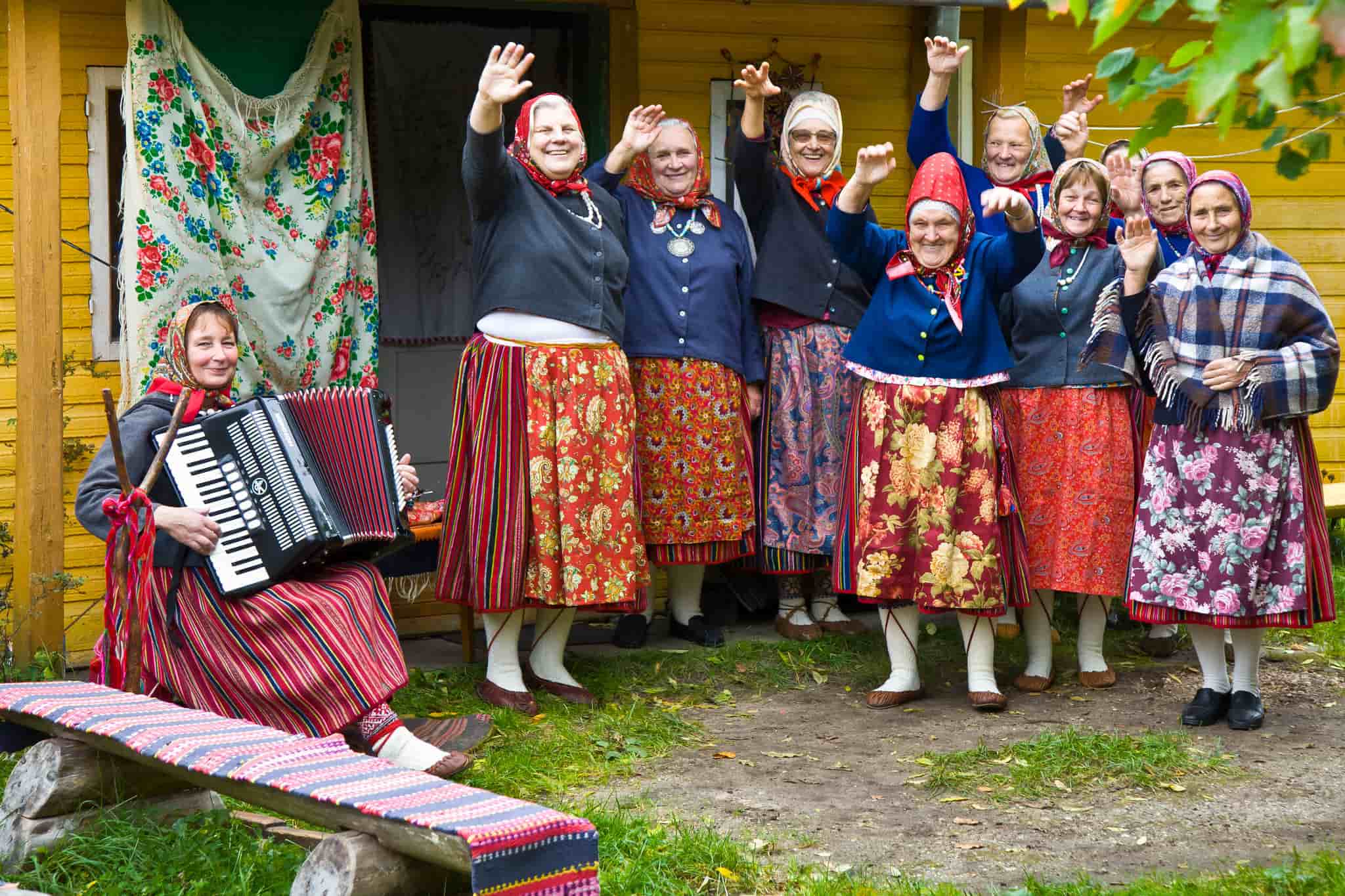 Located off Estonia's west coast, Kihnu Island is home to a community of about 600 islanders. The island still bears close ties to its traditional roots which remain alive and well to the current day. Using traditional looms and local wool, the women weave and knit mittens, stockings, skirts and blouses which often feature bright colours, vivid stripes and intricate embroidery. The Kihnu wedding ceremony is based on pre-Christian beliefs and lasts for three days. 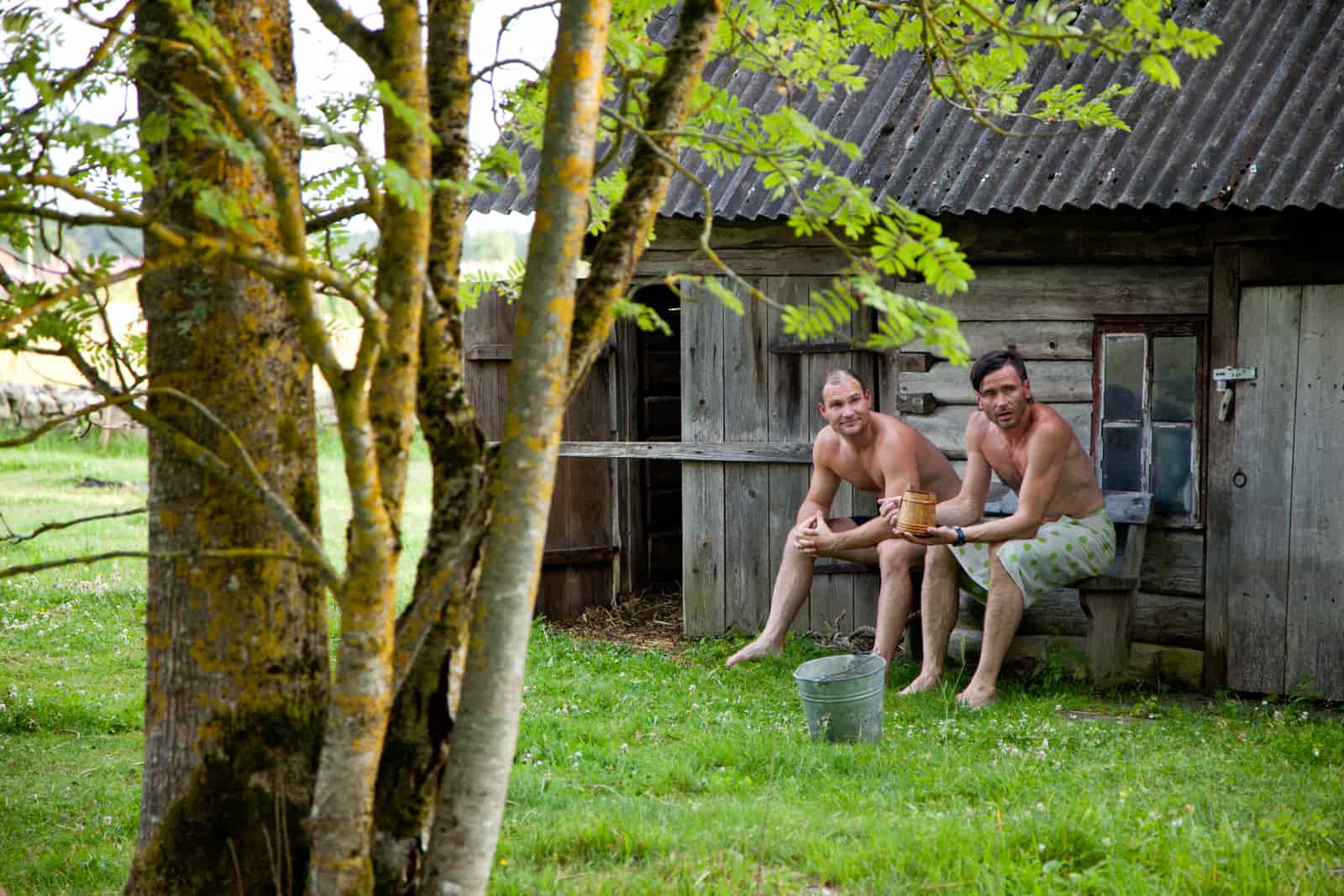 The smoke sauna tradition is an important part of everyday life in the southernmost Estonian community of Võromaa. It comprises a rich set of traditions including the actual bathing customs, the skills of making bath whisks, building and repairing saunas, and smoking meat in the sauna. The sauna is a building or room heated by a stove covered with stones and with an elevated platform for sitting or lying. It has no chimney, and the smoke from burning wood circulates in the room. The smoke sauna tradition is primarily a family custom, practised usually on Saturdays but also before major festivals or family events to relax the body and mind. 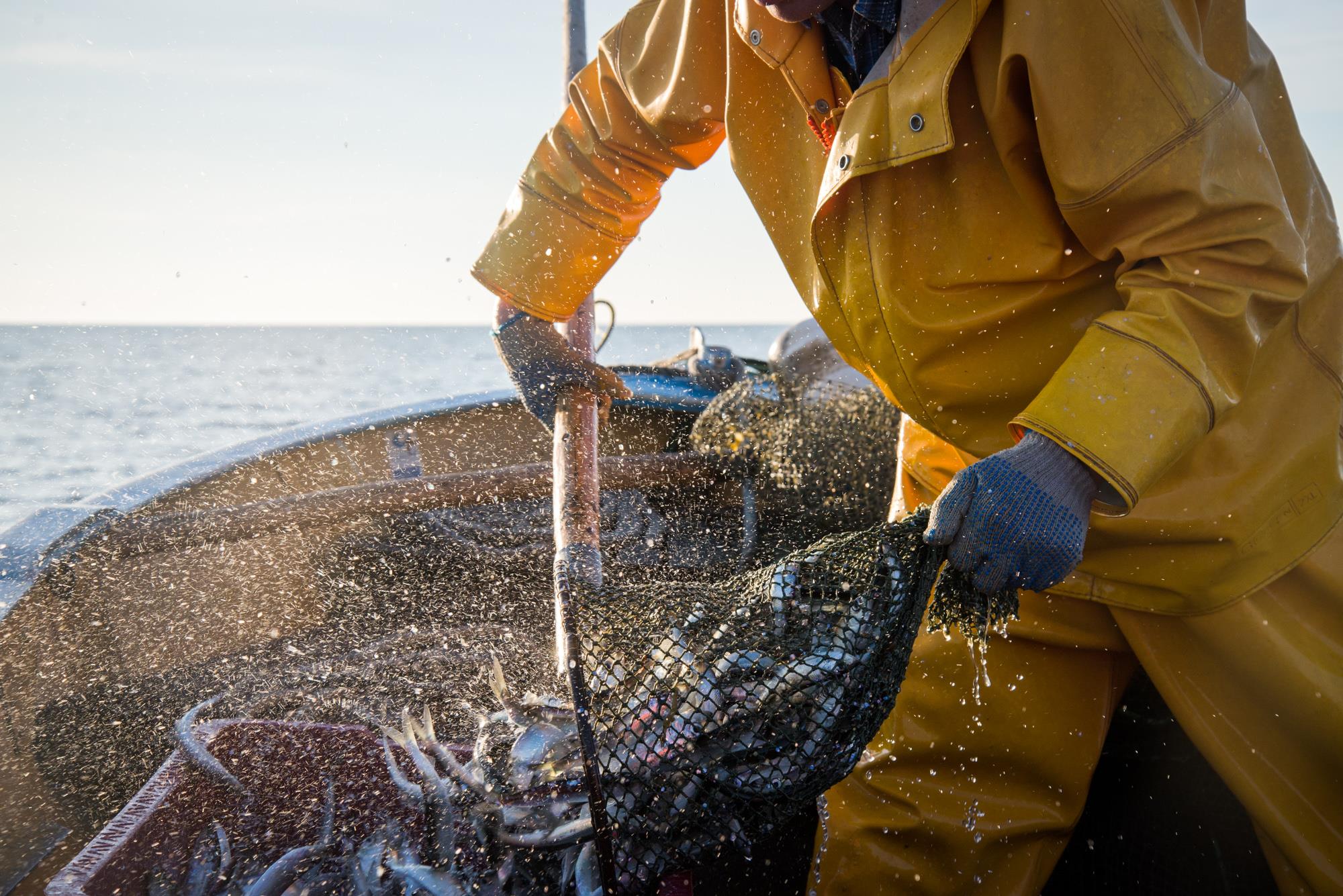 West Estonian Archipelago Biosphere Reserve comprises the West Estonian islands as well as numerous islets and marine parts. Our nature has remained unique, untouched and diverse thanks to the skills and knowledge of local people living in harmony with nature.

The islands offer a wide variety of experiences in the forests, at sea and on land. The traces of large meteorites that have fallen to these islands in ancient times still stand out today. The Kärdla meteorite crater, which is 4 km in diameter and estimated to be 455 million years old, reminds us of its presence with artesian water, which boasts many health benefits. The centre of the Saarte Geopark is a well researched Kaali crater in Saaremaa with its fascinating cultural history, which delights even the most demanding geology enthusiasts.

The traditional, local and organic food of the West Estonian islands has laid the foundation for our food festivals, famous for their abundant selection and delicious flavours. The islands' art and handicrafts, which have been influenced by the local environment, are enchanting and never fail to fascinate visitors. 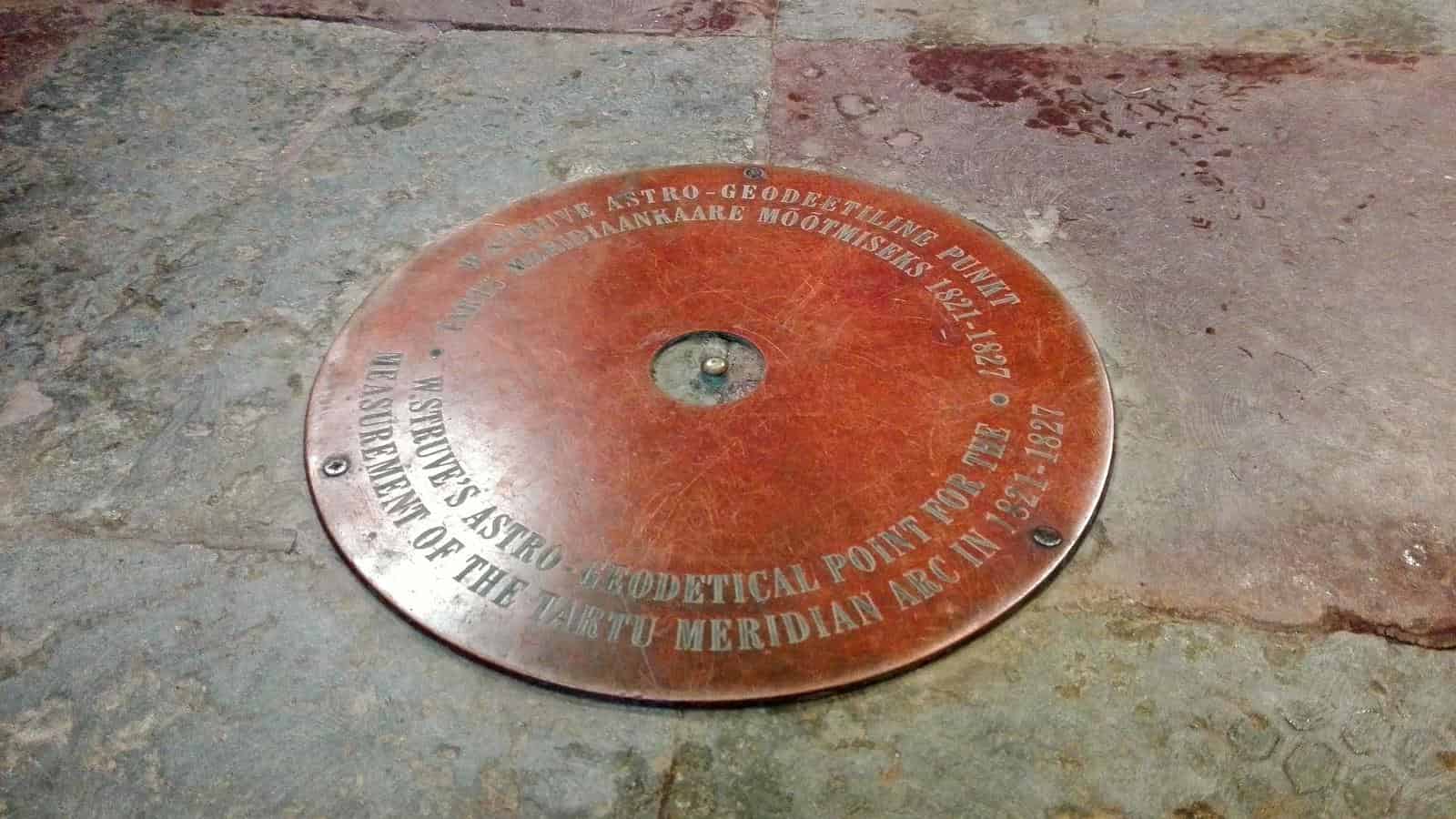 The Struve Geodetic Arc was named after the astronomer Friedrich Georg Wilhelm Struve from the University of Tartu. Between 1816 and 1855 he and his colleagues calculated the first accurate measurements of a meridian to establish the size and shape of the Earth. The 2820 km long segment reaches from Northern Norway to the Black Sea. In 2005 the Struve Geodetic Arc was entered into UNESCO World Heritage List. Three out of the 34 listed original station points are found in Estonia - two points in Võivere and Simuna as well as one at the Tartu Observatory. The commemorative plaques mark the relevant spots. 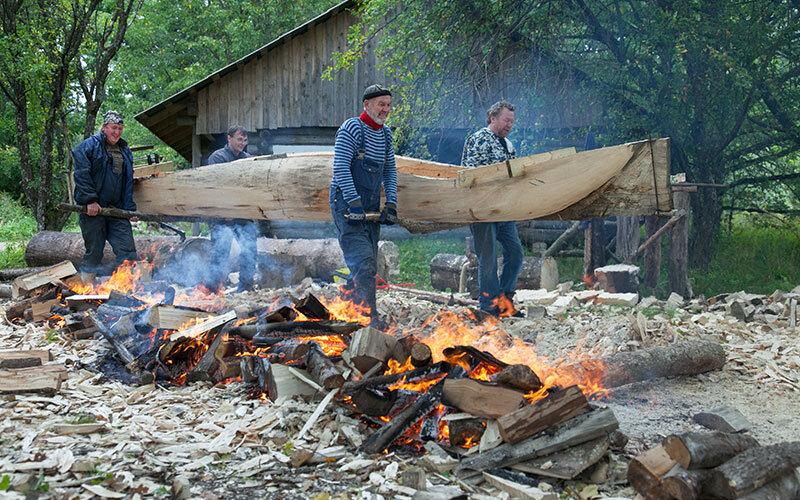 Making a longboat the traditional way

During Estonia's famed fifth season, the low-lying land floods and the waters rise up, making boats a very useful means of transportation in the Soomaa area. To address this, people traditionally used the haabjas, the local word for 'longboat' or 'dugout canoe.' In fact, in Soomaa National Park, these kinds of boats are still used regularly during the yearly floods.

While dugout canoes have been used around the world for millennia, the Soomaa-style dugout canoe is part of the indigenous culture of Estonia and Finno-Ugric culture at large due to its specific traditional construction. Since the flooding of the Soomaa region is so consistent, these construction techniques never fell into disuse. As of December 2021, the Soomaa longboat has officially been added to UNESCO's list of intangible cultural heritage.

Soomaa longboats are a part of every day life for entrepreneur Aivar Ruukel who knows all about their construction and use. He's been arranging canoe trips in Soomaa during the fifth season for years and helped put the Soomaa region on the map as a unique destination. He has worked hard to make preserve the traditional log boats of the region. These boats, which have historically been used in the area during the annual high tide that comes with the fifth season, are slowly getting more use these days. 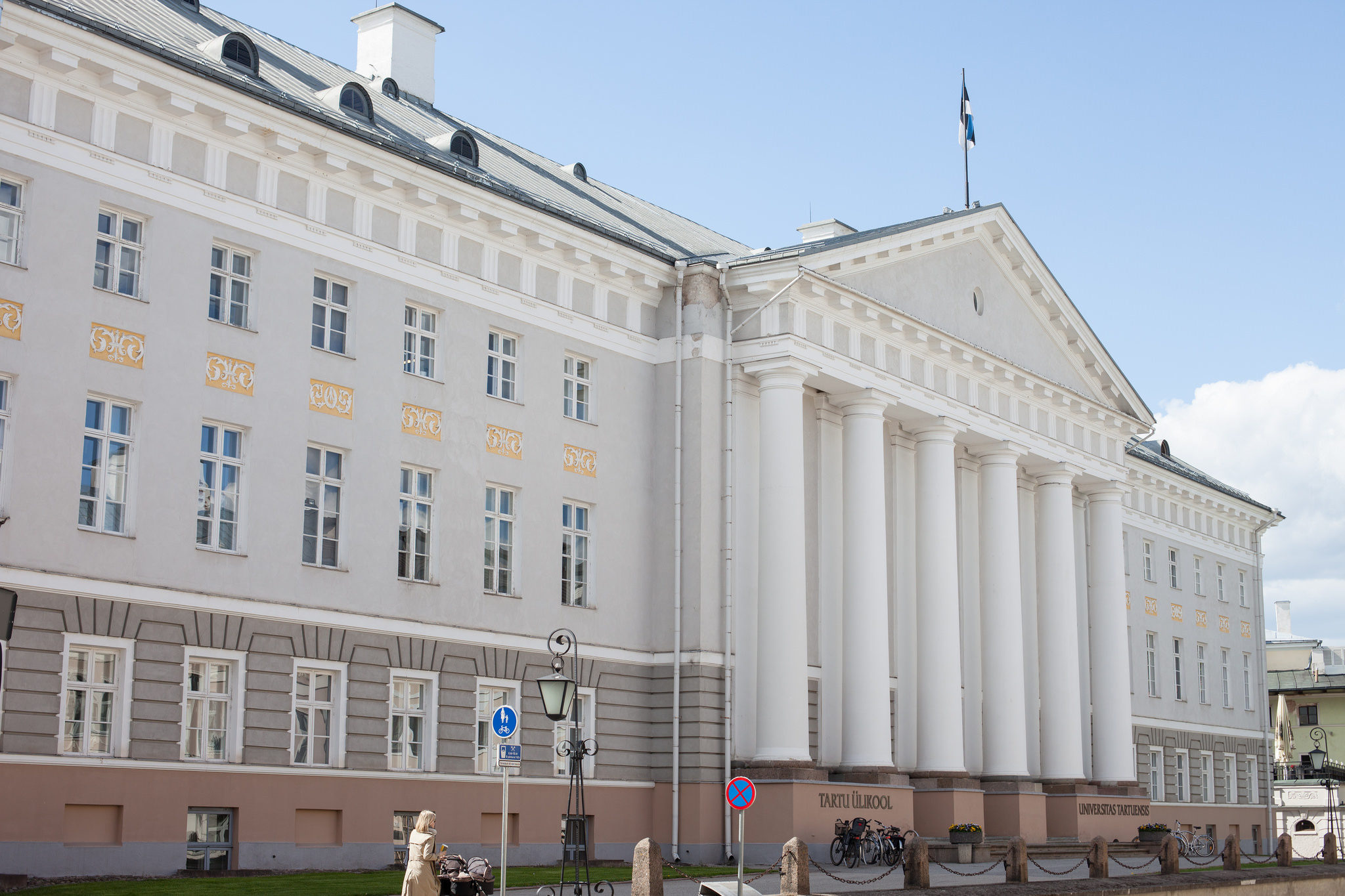 Tartu was accepted into UNESCO's Creative Cities Network and received the international title of City of Literature at the end of 2015. The Creative Cities Network, which was created in 2004, recognizes other creative fields as well, uniting cities of film, gastronomy, and music among others, with a total of seven categories. Tartu has proposed three international initiative ideas. The urban literary projects include bus poetry on the buses of Tartu as a pilot project. The university students' translation cooperation introduces authors from neighbouring countries. And a literary non-city project brings in the peripheral regions of cities with the target group of this project mostly made up of text creators, locals and tourists who are on the lookout for non-traditional experiences. Read more about Tartu as the city of literature.

Viljandi was also added to the list in 2019 as a City of Crafts and Folk Art. The leading role of the position has been taken up by the University of Tartu Viljandi with a large focus on sustainability and youth involvement. Likewise, Viljandi now acts as a centre for professional creators, researchers, and entrepreneurs who work with folk culture, such as the Viljandi Folk Music Festival. 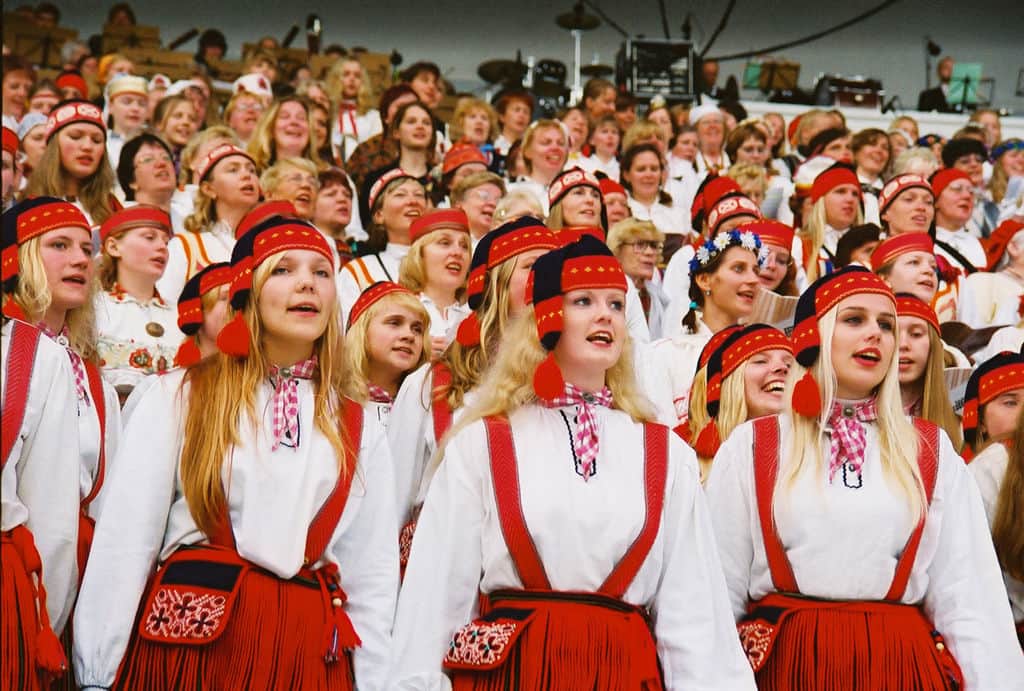 Taking place every five years and involving thousands of choir singers and dancers dressed in colourful national garments, the roots of this lively outdoor festival stretch back as far as 1869, the dawn of the Estonian national movement. While the first song celebration took place in Tartu in 1869, the growing interest and popularity meant that the festival soon needed a place to call its own.

From 1928 onwards, the home of the much-loved festival has been the Tallinn Song Festival Grounds in the midst of the scenic pine grove on the coast of Tallinn. The dance celebration is a more recent tradition dating back to 1934 and today the two traditions are seen as inseparable by modern audiences.

Old destination with a youthful glow

Estonia charms with contrasts and continues to be a favourite holiday spot for a range of travellers.

Saaremaa proves that sustainability not only means reducing emissions, but includes food, culture and transport too.

A small island with an abundant food culture

Hiiumaa, the second largest island in Estonia, has been making its own steady mark in the Estonian gourmet scene.

Võro smoke sauna - both practical and spiritual. A story by Adam Rang

A story by Adam rang about Võro smoke sauna, where everything has a practical and a spiritual purpose