Tallinn 800 – a fitting age for a gorgeous medieval city

Tallinn 800 – a fitting age for a gorgeous medieval city

Tallinn recently celebrated a great anniversary – 800 years since the city was first mentioned in written texts and entered the historic arena in 1219. 800 years is a respectable age, and to celebrate, we should remind ourselves of the history of this beautiful medieval city.

Although the first known signs of a settlement in the city territory originate from the Härjapea river area in Keldrimäe, there is no direct proof of their connection to the city itself. However, it is possible to connect the pre-history of Tallinn to Iru, where a fortress was built in the second half of the first millennia, along with a settlement that was abandoned in the middle of the 11th century.

Later Lindanise fortress (also known as Kolõvan fortress in the Russian sources) was built on current Toompea Hill, that can be considered to have been the centre of the ancient Rävala County. This is also where the German name for Tallinn, Reval, is likely to have been originated from. However, the fortress was not yet permanently inhabited in the 13th century and was likely only meant to provide protection in the case of an enemy attack.

You can find plenty of exciting activities in the Old Town

The trade routes within the Gulf of Finland got considerably busier in the 9th to 10th century, and that gave importance to the place where Tallinn harbour was situated. Scandinavian and Russian traders might have had their seasonal settlements in the current downtown in the beginning of the second millennia, but there is no direct evidence to support that claim.

Every Danish is proud of their flag

The first written mention of Tallinn was connected to Valdemar II of Denmark’s crusade to North-Estonia in June of 1219 and has become widely known primarily through the Livonian Chronicle of Henry.

On the 15th of June 1219, there was a battle between the Danish and Estonian forces on the spot where future Tallinn would be. Although the Danish won, their victory did not come easily. The legend tells that their luck only turned when the red Danish flag Dannebrog with its white cross fell from the sky.

Throughout history, Tallinn has been ruled by the order of the Livonian Brothers of the Sword as well as by the Teutonic Order. In the middle of the 13th century, Tallinn was recognised by the Lübeck Law and joined the league of medieval German trade cities.

During the end of the same century, Tallinn joined the Hanseatic League, and relations with Russian, especially Novgorod traders, became important. Due to that, a significant amount of trade movement between Western-Europe and Novgorod concentrated here. In time, the city’s role in the trade and politics of the Baltic Sea grew. By the 15th century, Tallinn blossomed as a medieval Hanseatic League City. 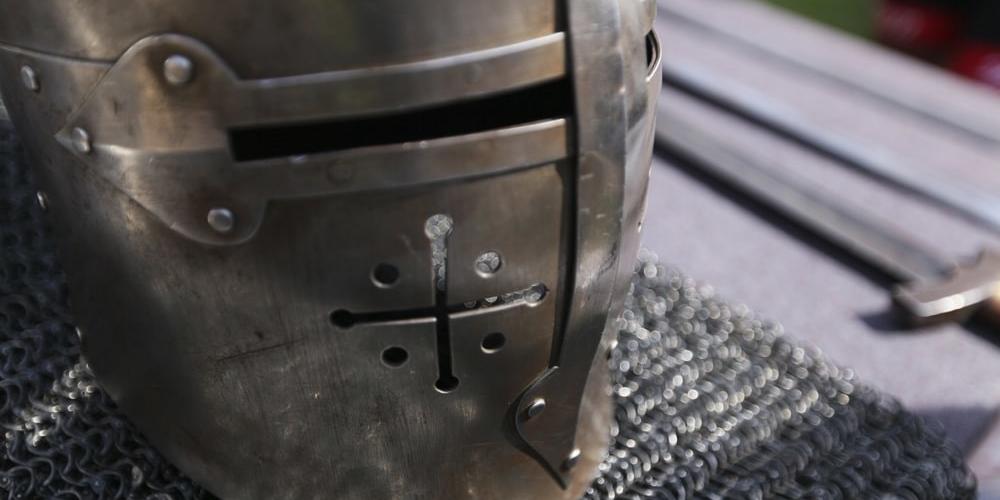 Throughout history, Tallinn has been under the Swedish as well as Russian rule and that has left its mark on the development of the city as well as on the cityscape. By the order of Peter I, a construction of a war harbour began and admiralty workshops were established to build and supply war ships.

View from the city wall

19th century brings along a wind of change

In 1805, Tallinn’s first elementary schools and Tallinn’s Governate Gymnasium were established. In 1819, Tallinn was divided into 7 city districts. In addition to the suburbs, there were around 40 summer manors around the city.

In 1870, the Baltic Railway connecting Tallinn to St. Petersburg opened, meaning trade and industries could enliven and develop. So in the 19th century, the number of residents in Tallinn grew and the suburbs widened. In 1888, a tram started to service people in Tallinn, which during that time was a horse-powered tram or a horsecar.

Between the 19th and the 20th century, the level of education and the economic situation of Estonians had improved and the Estonian nationalism livened due to that. The first Estonian mayor, Voldemar Lender, was elected in 1906.

Both World Wars left their mark on the city, the number of residents plummeted and many buildings were damaged in World War II. In the years after the war, however, the number or residents started to rise quickly, industry and production grew, new districts rose.

There is always something to discover in the Old Town

Today Tallinn is the largest city in Estonia and as such also the quickest to change – new streets and buildings are built and old buildings are restored, there are new malls and entertainment centres as well as museums and theatres. The local colourful culture life and contrasting atmosphere, wondrous Old Town and short distances lure in thousands of guests every year.

Tallinn never sleeps, there is always something new going on and you can take several themed tours to get to know the city better, either with a guide, on your bike or on your own, not to mention costumed tour. Come visit us!

You can discover our medieval city in various ways

Instagram star Steven shows you to the most iconic views of Tallinn.

Lets take you on an unforgettable journey to Tallinn's unique sights.

Tallinn is absolutely worth a trip!

Eat your way around Tallinn

Travel blogger Phoebe Escott-Kenny shares her favorite fine dining restaurants in Tallinn and her top picks for a casual meal.