Estonia's second biggest town Tartu welcomes you with quite a different feel from the capital Tallinn. Here, deep within the forests of South Estonia, lies Northern Europe's oldest university town, made up of time-stands-still wooden houses and stately buildings, leafy parks and scenic riverfront. Yet, did you know that this tranquil, poetic town also boasts boisterous vitality and a vibrant nightlife? Let's explore further why don't we?

Let us introduce to you the spirit of Tartu – a mysterious being that you will surely encounter by the end of your many trips to Tartu. This luring, hedonistic spirit is hard to describe but is known to extend your trip and attract visitors back to this dreamy and quirky town again and again.

Founded in 1632, Tartu University is one of the oldest universities in Northern Europe

With seventh of Tartu's population made up of university students and scholars, Tartu has a sophisticated yet adventurous cafe culture perhaps drawing some similarities with its Central and Southern European counterparts. Werner Cafe is one of the oldest cafes in Estonia and has once been the meeting spot of writers, poets and other historical figures in Estonian history. Tartu's culture quarter is located slam bang in the middle of Tartu's 19th century Classicist old town and is great for music, summer outdoor markets and nightlife (check out Genklubi).

On long summer nights, those students that haven't abandoned the city for the beach can be found on the hill behind the Town Hall and its famous kissing students sculpture socialising and having a drink or two. Tartu is indeed hilly, and here you can enjoy a casual and refreshing Sunday stroll passing the old observatory exhibiting some of the world's best telescopes. After taking a peek at the stars, wander down to St. John's church, which is considered a prime example of European Gothic architecture. The nearby St. Anthony's Court (Antoniuse Õu) acts as a marketplace where Estonian craftsmen sell a range of goods from pottery to leather and cloth artwork. 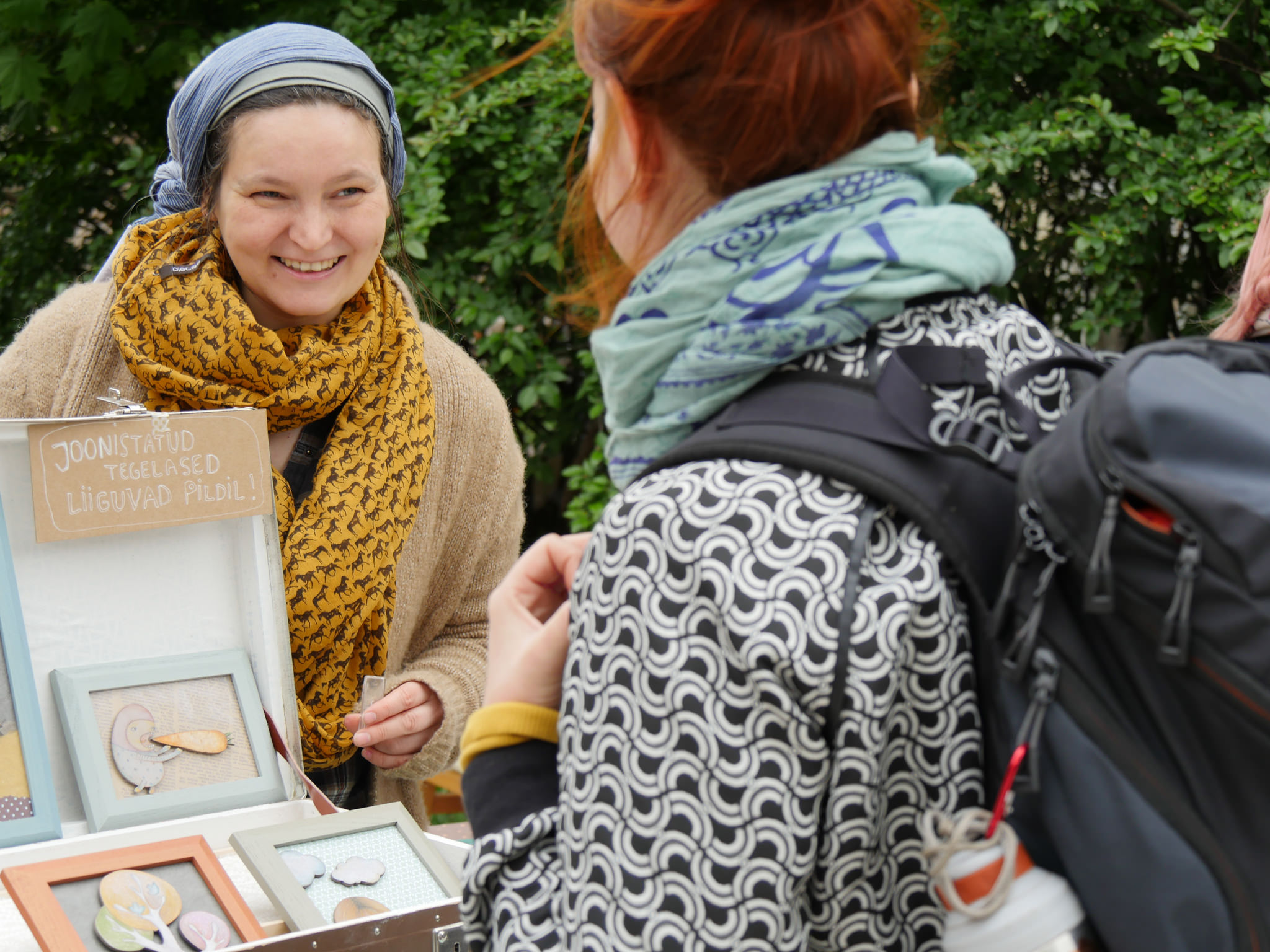 Theatre performances, concerts, festivals, conferences and sports events happen all year round, such as Hanseatic Days, Rally Estonia and Tartuff, a festival dedicated to romantic films screened on the largest outdoor pop up cinema in the Baltics. Tartu is also home to more than 20 museums, including University Of Tartu Museum, Tartu Toy Museum and countless art galleries.

Founded in 1632, Tartu University is one of the oldest universities in Northern Europe and has produced many eminent scientists and scholars of international repute such as Baltic German biologist Karl Ernst von Baer and famous Russian semiotician and culturologist Juri Lotman. The best time to meet Tartu's large student population is during the spring time at The Student Spring Days combining youthful exuberance with long standing academic traditions.

Now run along and seek for the spirit of Tartu (including a virtual tour), and don't forget to share your precious moments with #VisitEstonia.

Tartu highlights — six hours in the spiritual capital of Estonia

Have you been there, done that, or are you totally new to Tartu? Here's what you can cover in just a day.

An introduction to Estonian cuisine

The focus on fresh, seasonal ingredients has turned Estonia into a top foodie destination in Northern Europe.

A selection of restaurants catering for vegans and vegetarians in Tartu.

Old destination with a youthful glow

Estonia charms with contrasts and continues to be a favourite holiday spot for a range of travellers.