Earlier this year, Visit Estonia carried out a series of social experiments in major European cities. The aim? To share the idea, based on scientific research data, that being around nature reduces stress. As studies have shown, it doesn't always mean sitting alone in the middle of the forest, it can be as simple as having a green and pleasant part of the city to enjoy – though a lush Estonian forest is probably better!

The idea to create a pop-up natural environment was partly inspired by the results of recent scientific findings. The idea was to monitor passers-by with the intention of selecting those most in need of a de-stress, approach them, ask if they wanted to spend a few minutes surrounded by the wonderful nature of Estonia, and see what effect it had on them. Dr Andre Weinreich, professor of psychology at the Humboldt University of Berlin, was on-hand to oversee the task.

To identify those most 'in need' it was necessary to turn to the latest technology. With such specific needs the options became sparse, identifying people who are stressed simply by glancing at them as they walk past in a busy city environment is not an easy task, if not impossible without the help of some cool technology. 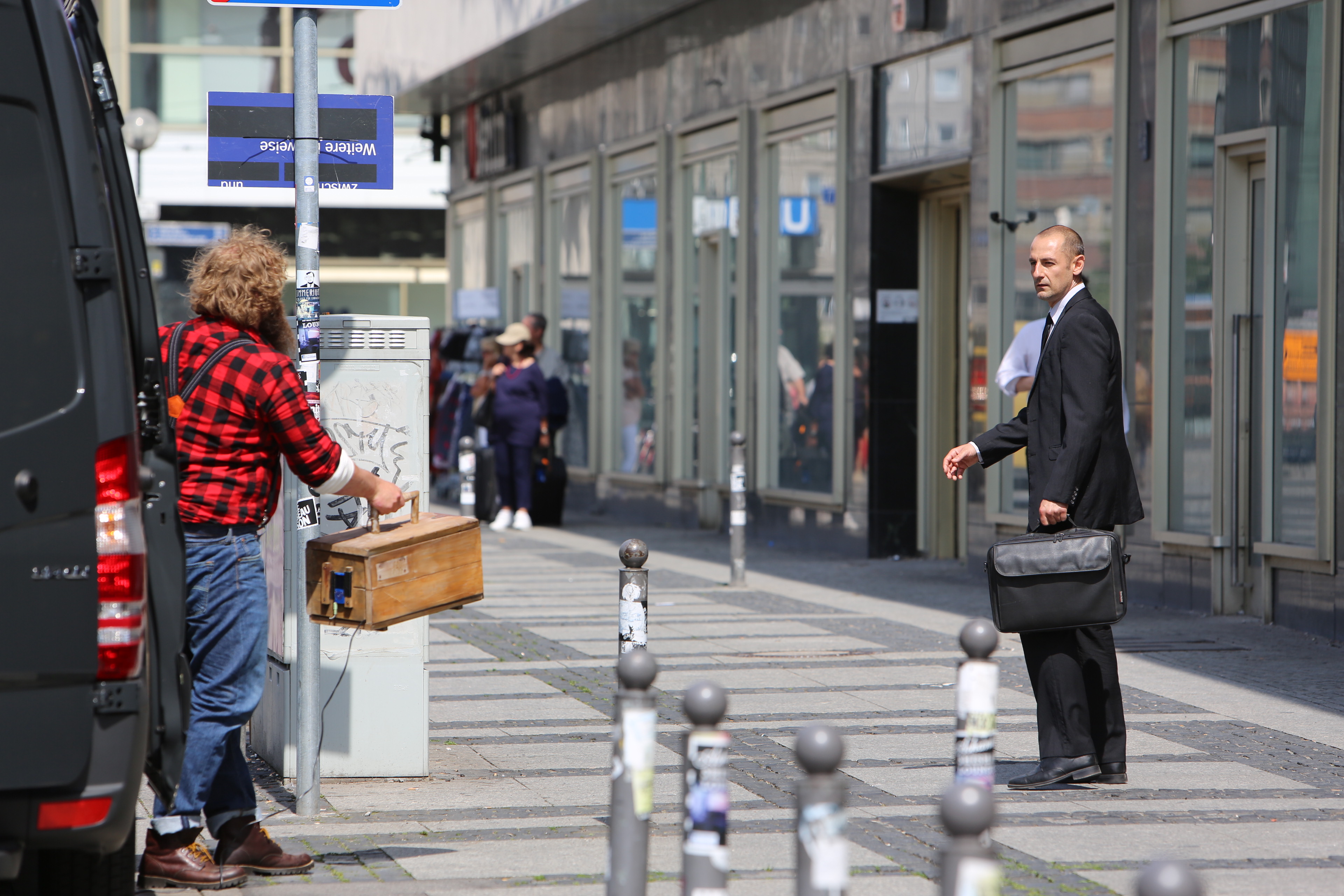 Imagine recognition software is developing at an astounding rate. Many small start-ups are playing with the identification of objects or the auditing of a scene or picture; even with live video. However, one company has taken the challenge a step further. The Fraunhofer Institute for Integrated Circuits, headquartered in Erlangen, Germany, have developed a technology that can not only identify the age and sex of a person, but profile a range of emotions and record subtle facial changes to assist that. They call this technology SHORE, a pioneering facial analysis, primarily for Google Glass but possible to run through any PC with an HD video capture setup.

Based on Fraunhofer's proprietary SHORE software library, the software works by processing HD video in real-time to analyse facial cues, and can detect basic emotions or perform valence detection - the ability to glean deeper meaning from a range of subtle facial movements that might otherwise go undetected. As mentioned it can also accurately identify a person's sex and age using its 10 frames per second* real-time analysis.

Having the added ability to scan and analyse multiple faces in one frame lent itself perfectly to the task: to scan through a crowded street and, with the help of Dr. Weinreich, flag up those whom it deemed to be most likely suffering from higher stress levels.
The software doesn't save the frame images and neither does it make any attempt to cross reference them to the internet for identification, although in the wrong hands a mutation of this software could most probably do that. The parameters of the current software had recently been updated, with even more subtle valence recognition, head pose estimation, eye blink and mouth position detection, as well as increased accuracy in the scanning of facial profiles.

Using this software on the crowded streets of Berlin was overwhelmingly successful, with many overworked and overstressed people identified and approached. Those willing to participate were lovingly surround by our pop-up forest, and clearly took on a positive, relaxed air; falling in line with recent theory and findings.

Dr Mathew White from the University of Exeter's Medical School has studied the effects of natural environments on human health. In 2013, he published a paper looking at the effects of green areas within cities on mental health, his work also shows there is a clear link:
"Our data suggests that visiting a natural environment that has as few human elements as possible (including sounds) as little as once a week for 30 minutes is associated with significantly better health," stated White.

Estonian's may be amongst those less surprised by these results, as living in a country that thrives on its natural beauty, and gives you the ability to get as close to nature as possible. They have long known about the health benefits of a life surrounded by forest, bogs and calm seas, even if some may take this for granted.

As for image recognition technology, its use is set to surge in everyday life. Maybe surprisingly, a fair amount of 'fun' smartphone apps are using such technology already, we are also seeing it used increasingly in security systems, market research applications, and, most publicised as the foundations for the driverless car revolution. Although it does have a long way to go, it's worth taking a minute to consider just how far it has come.

The exhilarating, vibrant and life-affirming city life can also push our minds and bodies to their very limits.