If you ask an Estonian to talk about Estonia, you are likely to hear about the Song and Dance Festival. Probably because the song and dance festival is not just a big summer event that takes place every five years, but it is a way of being that helps us to better understand ourselves and carries all the important values ​​that we consider important as a nation - love for your country, language, culture, and customs.

The Song Festival has grown steadily since 1869, when the first festival was held in Tartu under the leadership of Johann Voldemar Jannsen, and has kept pace with the times. Only male choirs and wind orchestras with a total of a thousand performers participated in the first song festival. Over time, mixed, children's, women's and boys' choirs, hobby symphonies, and toddler choirs were added. The party moved to Tallinn, where the first dance party took place in 1934. Since 1947, song and dance festivals have mostly been held together. 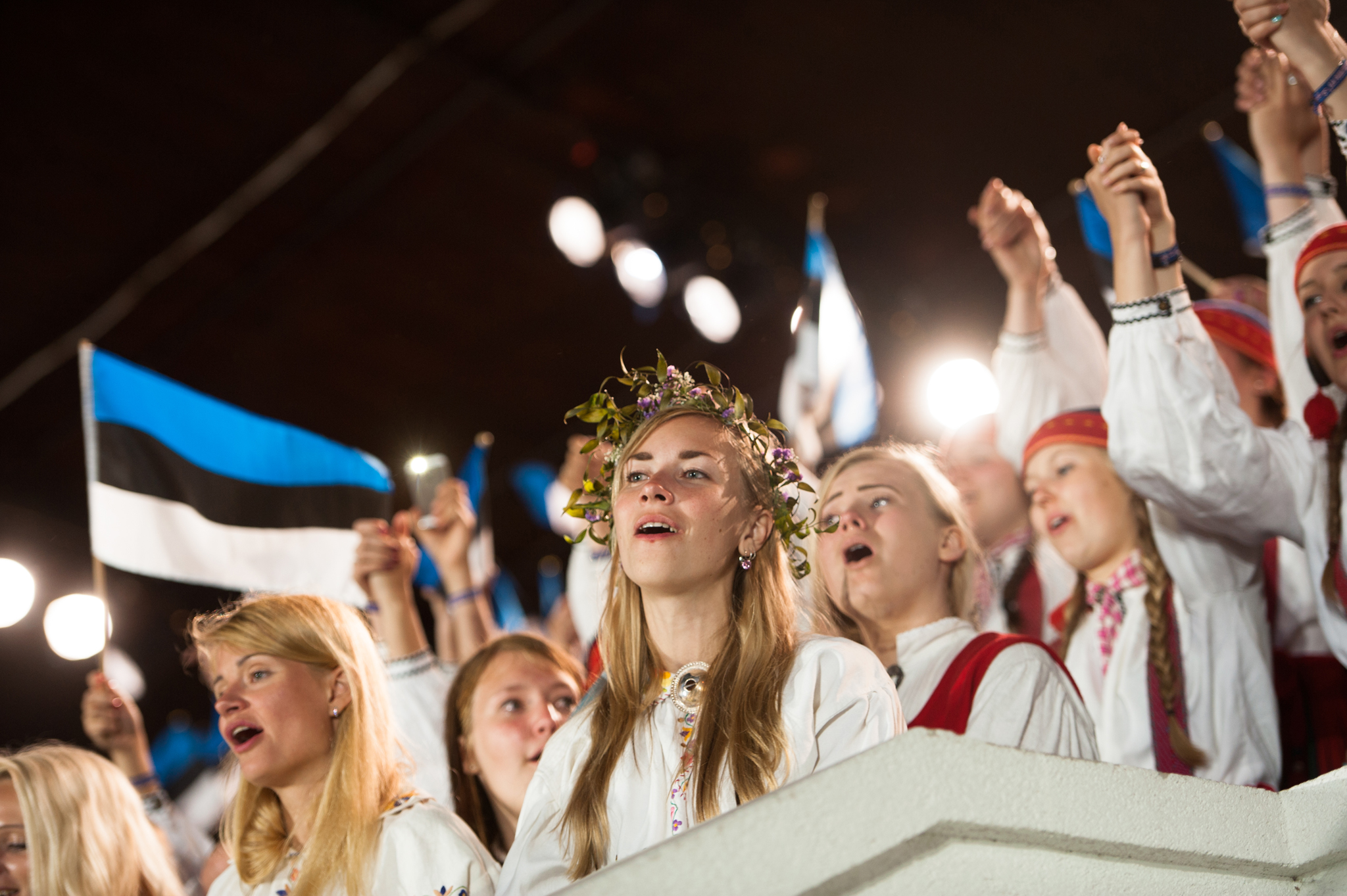 After the program has been put together by artistic directors, registration for the festival for choirs, orchestras, and dance groups will be announced. This usually takes place 1.5 to 2 years before the start of the next festival. It is also possible for foreign ensembles to participate in the song festival - for this, they have to register their ensemble for the party in time and then acquire a repertoire, which is mostly in Estonian.

The audience can start preparing for the party six months before the party when the tickets will go on sale. The dance festival will feature three identical dance performances at Tallinn's Kalev Central Stadium, which will last about two hours. Each show can accommodate 10,000 spectators. The song festival will take place on the Tallinn Song Festival Grounds, which will accommodate approximately 70,000 spectators at a time.

Both song and dance parties take place outdoors. This means being prepared for both rain and sun. Also, a song and dance party always brings with it big traffic restrictions, which is why a lot of time and patience should be saved when coming to the party. Those who are unable to attend can also take part in the song and dance festival via a live broadcast of the Estonian National Broadcasting, which is very popular in Estonia and can be watched online from all over the world. 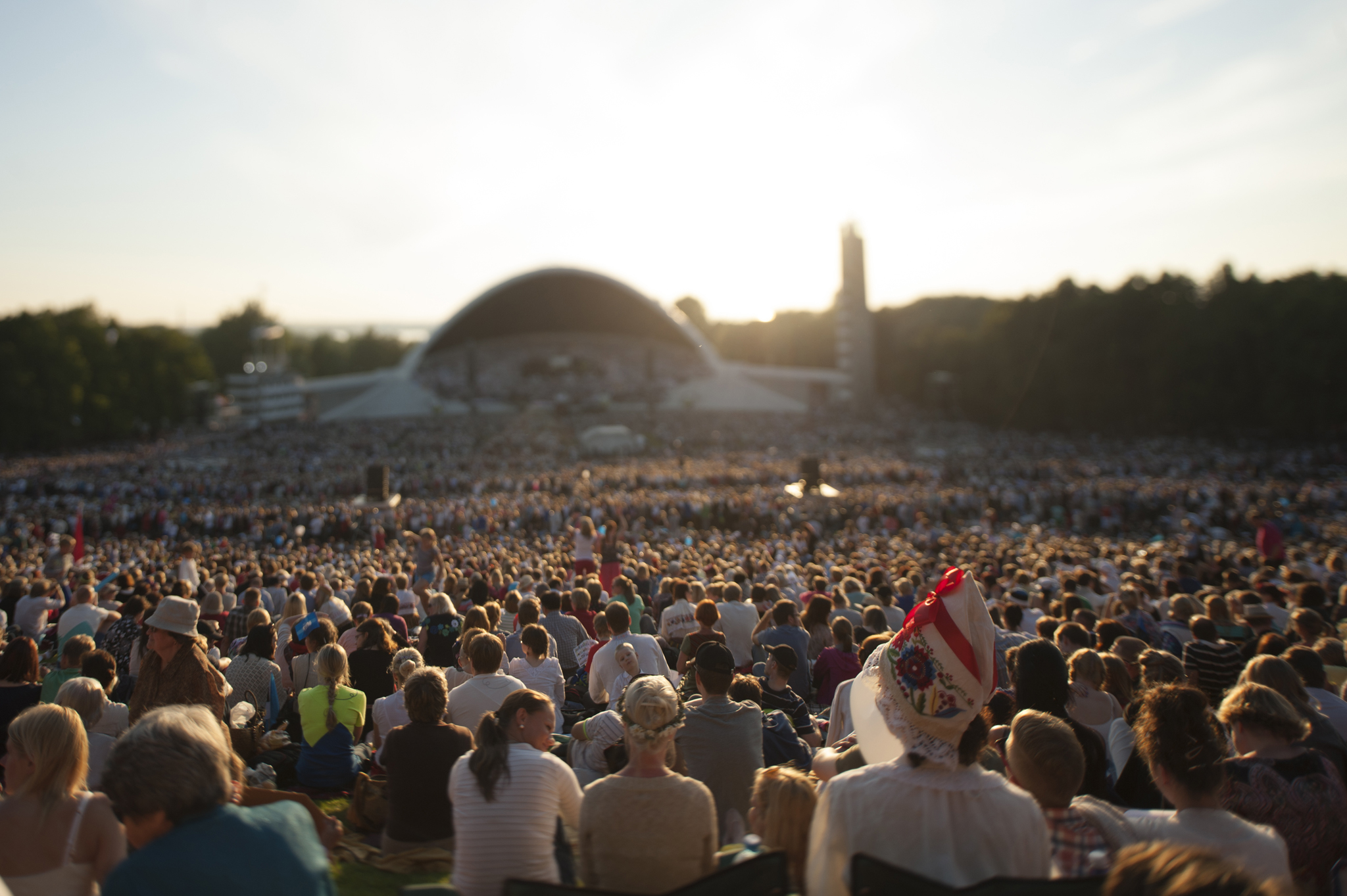 The song and dance festival is aptly called the reunion of the family. Song and dance festivals have been constantly evolving over time and have always taken after the performers. A number of traditions have emerged that have become a part of this party. A torch is lit in Tartu, the birthplace of the festival. Like an Olympic fire, the torch travels through the whole of Estonia to Tallinn, where thousands of folk dancers first wait for that fire for a dance performance at Kalev Stadium. The integral part of the dance festival is the authentic Estonian folk costumes that make the dance stadium shine beautifully.

All the participants of the party will come to the song festival in a festive procession. The procession is followed by a song festival, which always begins with Aleksander Kunileid's song "Dawn".

The feeling of a song and dance festival is inexplicable and can only be perceived by being a part of it - whether as a singer-dancer or a spectator. Although the National Song and Dance festivals usually happen every five years, due to the global COVID-19 pandemic, the party preparation periods have been extended to wait for the pandemic to pass.

The country inspired by music

Come find your rhythm in the dark nights of the country that is inspired by music!