The MICHELIN Guide arrvies in Estonia for the first time

Michelin is pleased to announce that the first MICHELIN Guide Estonia will be presented on May 25th, 2022. The Michelin Inspectors have been following Estonia’s culinary scene for the last few years and are delighted to reveal that this latest selection brings the total number of destinations covered by the MICHELIN Guide to 37.

Gwendal Poullennec, International Director of the MICHELIN Guides said: “Since its first publication over 120 years ago, the MICHELIN Guide’s mission has remained unchanged: to share with gourmets and travellers the best places to dine. Estonia’s gastronomic scene – which is still somewhat unknown to most – is blessed with strong culinary traditions inspired by many different influences, but a new breed of forward-thinking chefs are now also applying a more modern approach to honouring their country’s culinary heritage. Estonia has been on our watch list for a long time, and our inspectors have been busy researching the best restaurants and scrutinizing its gastronomic scene. We are now eager to share our first MICHELIN Guide restaurant selection to Estonia with food-lovers everywhere.”

Set within the Gulf of Finland, in the heart of the Baltic region, Estonia connects the cultural dots between Scandinavia, Central and Eastern Europe. Estonia's UNESCO world heritage capital Tallinn – which boasts one of the best-preserved medieval cities in Northern Europe; its forests and marshes – which cover three-quarters of the country; and its 2,222 islands, 3,800 km of coastline and numerous lakes, together offer an enormous amount of charm and history, and have helped shape a very interesting culinary scene. The taste for diversity, artisan products and local ingredients also exert a distinct influence on the Estonian kitchen and its ambitious young chefs.

Andres Sutt, Estonian Minister for Enterprise and Information Technology, said: "Estonia has achieved a victory that will reconnect our food culture more closely with Europe. In the field of food culture, the impact will certainly be as great as an Oscar in the film world. Joining the MICHELIN family will make us better known, better understood and more comparable internationally – and it will also underline our values and specificity. A world-class food culture is one of the most important reasons to travel. It's also one of the most common reasons for returning again and again. I would like to thank the Visit Estonia team who facilitated this partnership; The MICHELIN Guide selection will have a long-lasting impact on Estonia's tourism, exports and reputation."

The Estonian restaurant selection is compiled by the professional, independent and open-minded inspectors of The MICHELIN Guide, who make their recommendations based on anonymous lunches and dinners. This first selection of restaurants in Estonia will reflect the quality of the local food scene and may include MICHELIN Star, Bib Gourmand or MICHELIN Green Star restaurants 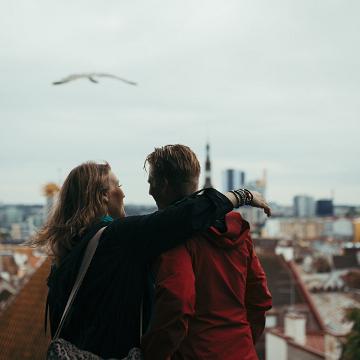