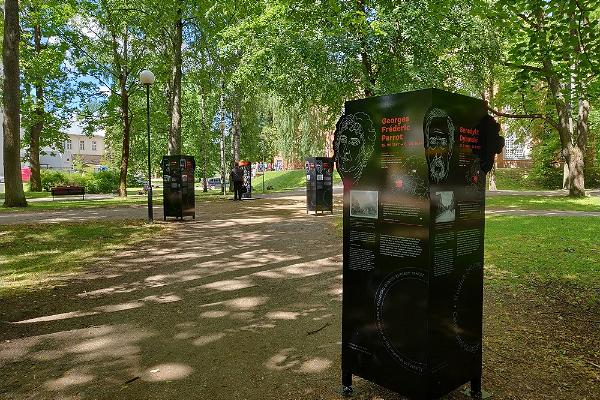 In the 19th and 20th century the university brought lecturers and students to Tartu from many European countries, in particular from Latvia, Poland, Ukraine, as well as Armenia, Georgia, Germany and elsewhere. The young people who studied here headed to east and west the knowledge and experiences gained in Tartu under their belts.

A temporary exhibition at Toome Hill, between the west side of the University of Tartu Museum and the Angel's Bridge, tells a story of 16 remarkable Europeans who have studied or taught in the University of Tartu. Later in life they all have influenced the cultural life or politics of their home country or Estonia or have become world-renowned thanks to their scientific accomplishments.

The stories of the persons portrayed at the exhibition are illustrated by historic photos of places related to them in Tartu.

The exhibition is in Estonian and English.

The exhibition is located at Toome Hill, between the west side of the University of Tartu Museum and the Angel's Bridge.